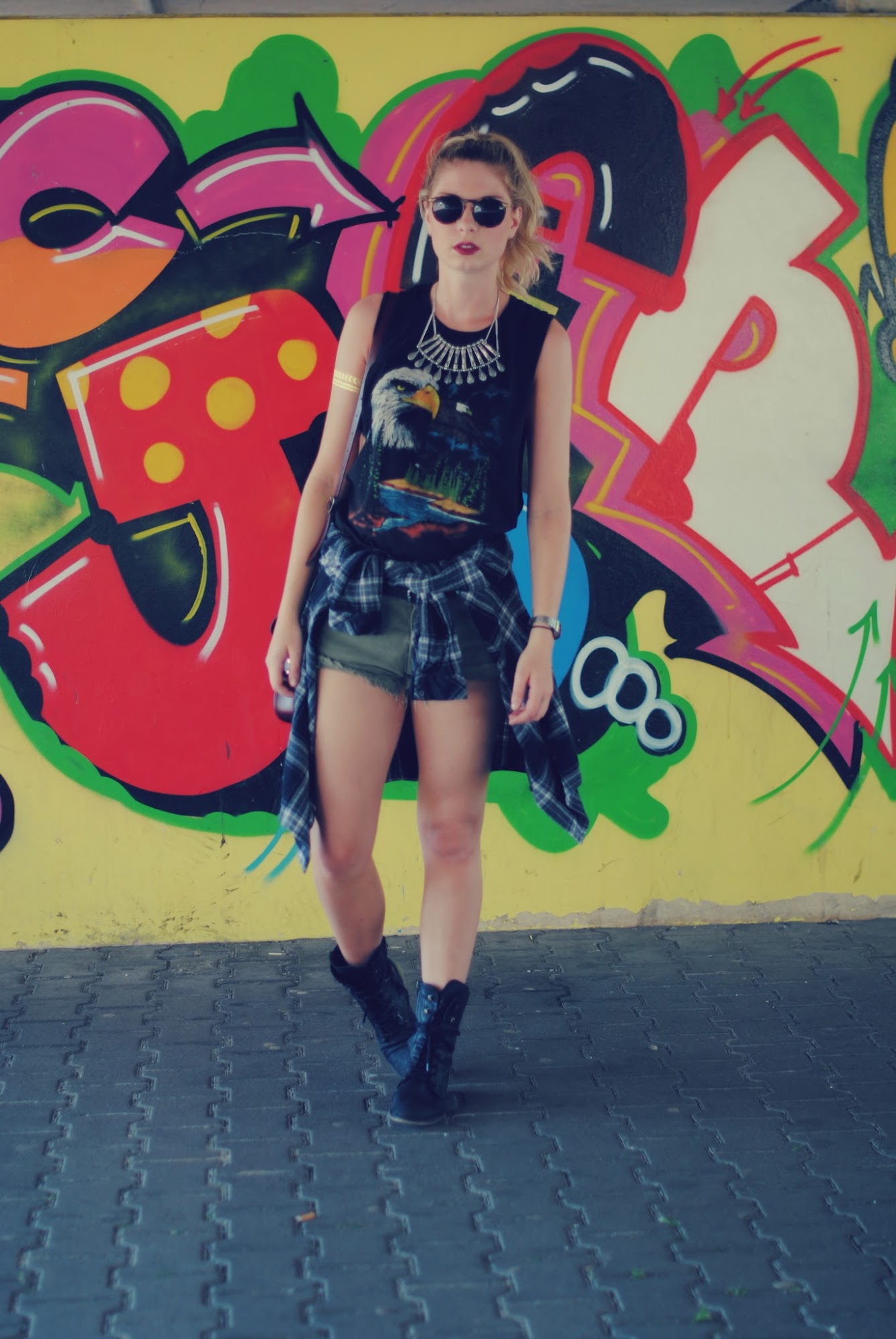 When the WAM Team contacted me asking if I was interested in creating a festival look, I didn’t have to think twice – of course I was. At first, I wanted to create something boho inspired but after taking a look at my closet I decided to go for something a little bit more rock ‘n roll. I built the outfit around my old beloved Mezura Boots (which are unfortunately almost in pieces). I decided on khaki shorts, a cut out tank top and a few accessories. Special thanks to my sister who let me borrow her Cambridge Satchel once again 😉

When I met up with Carmen to take the outfit pictures (2 weeks ago that was), I decided that I wanted to shoot them in front of a graffiti wall… It’s quite unusual for me to shoot in front of something so colourful but I think the pictures turned out really well – even though I prefer simple backgrounds 😉

How do you like the pictures and the outfit? What would you wear to go to a festival? 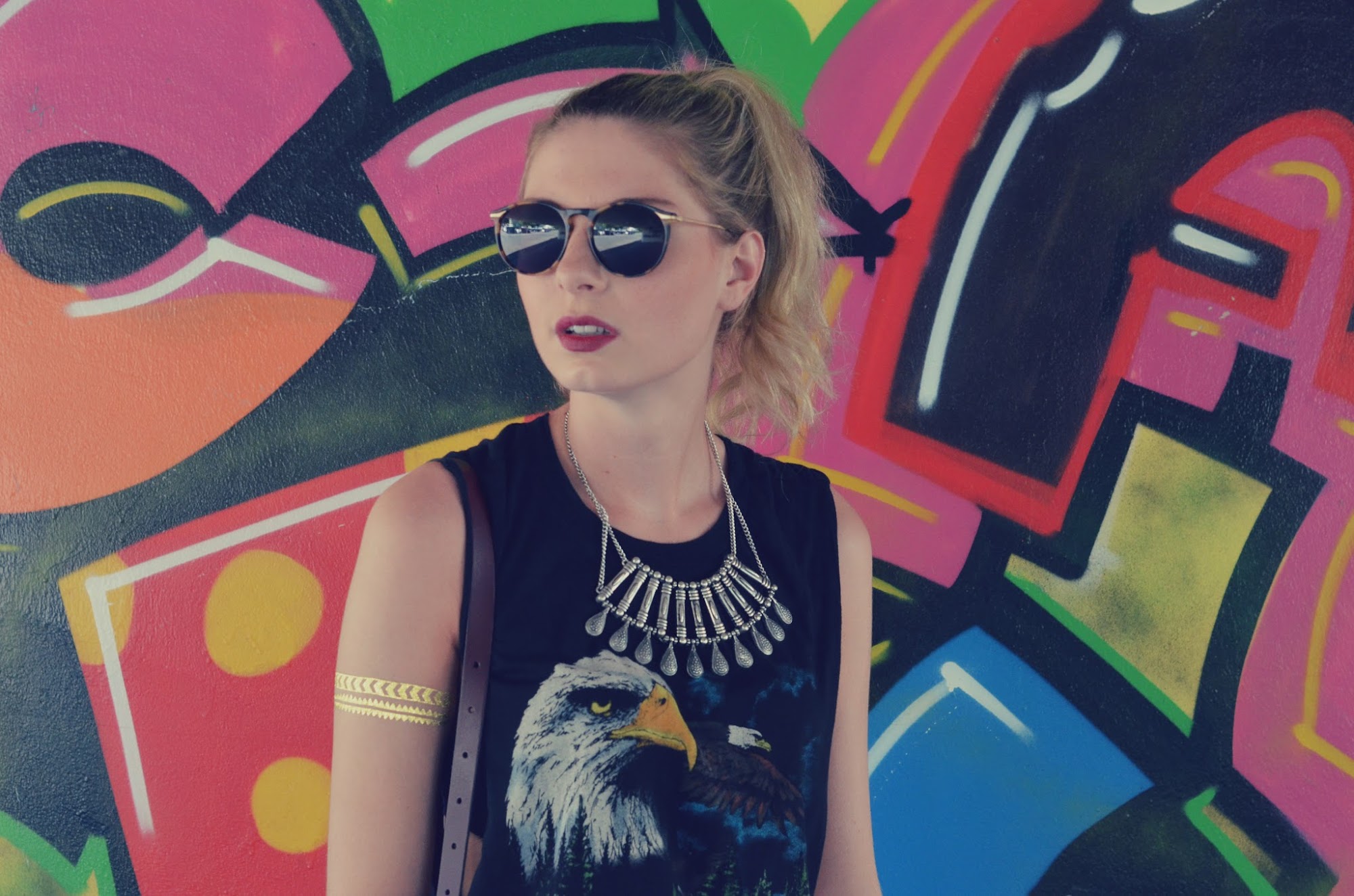 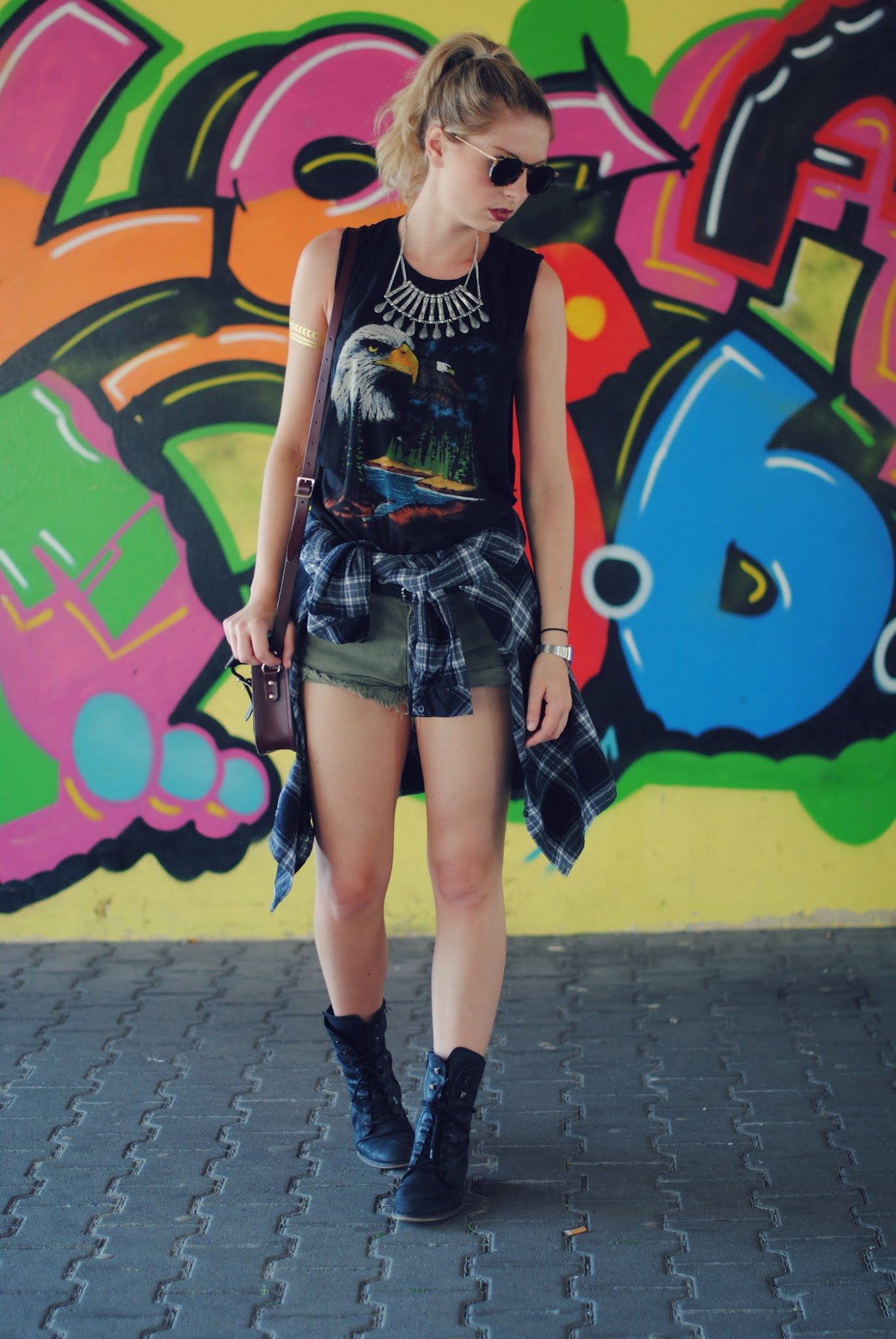 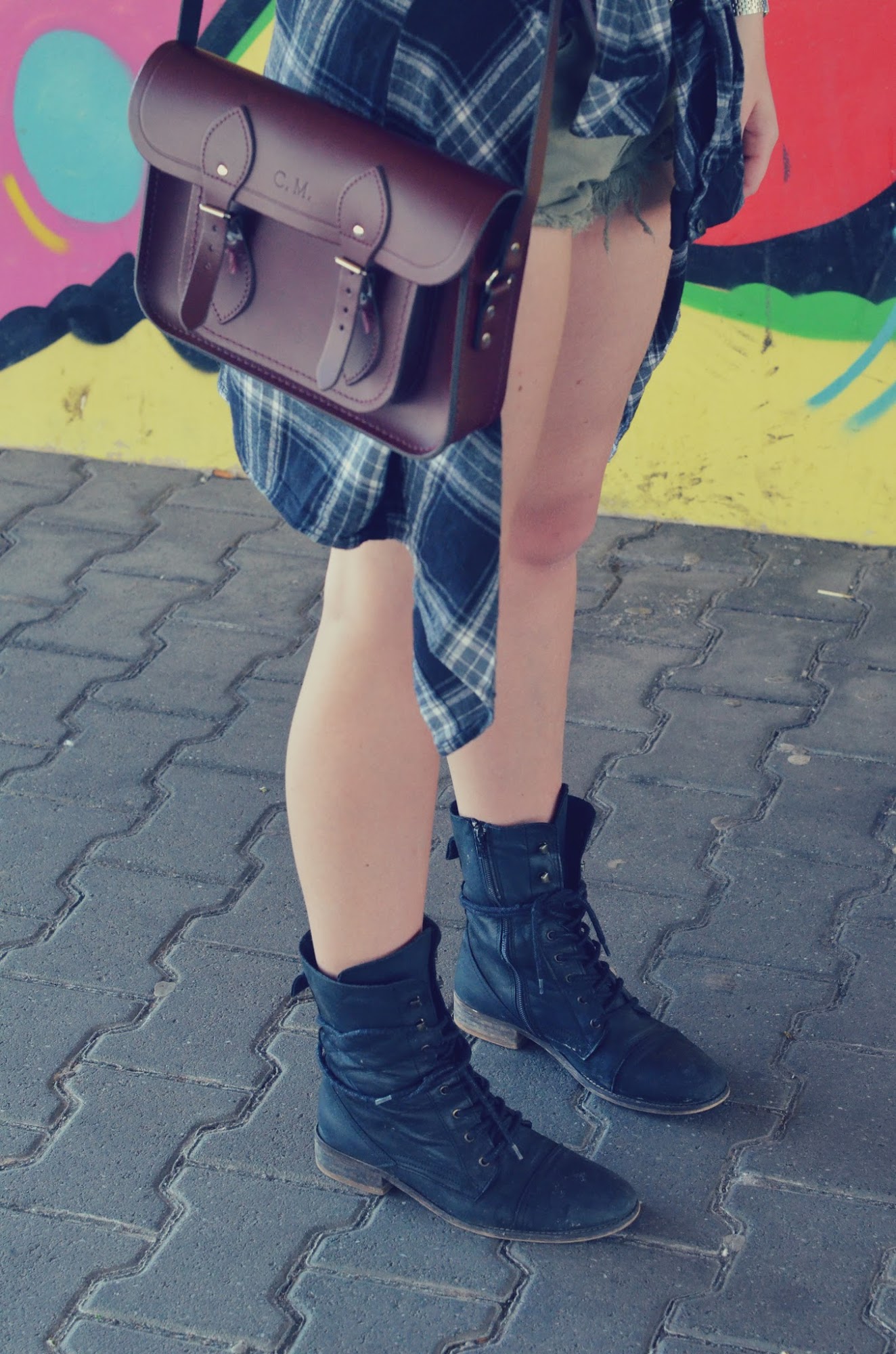 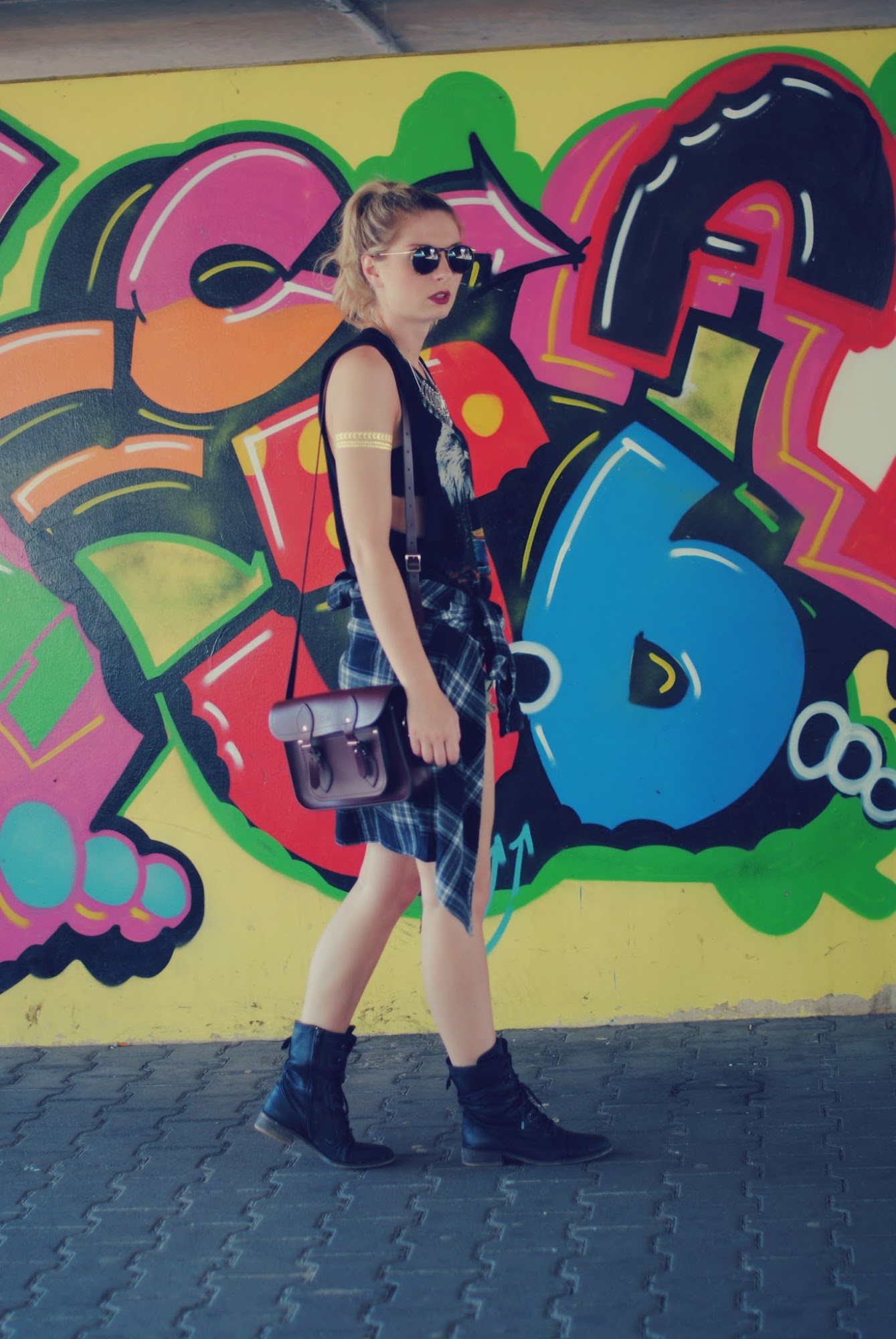 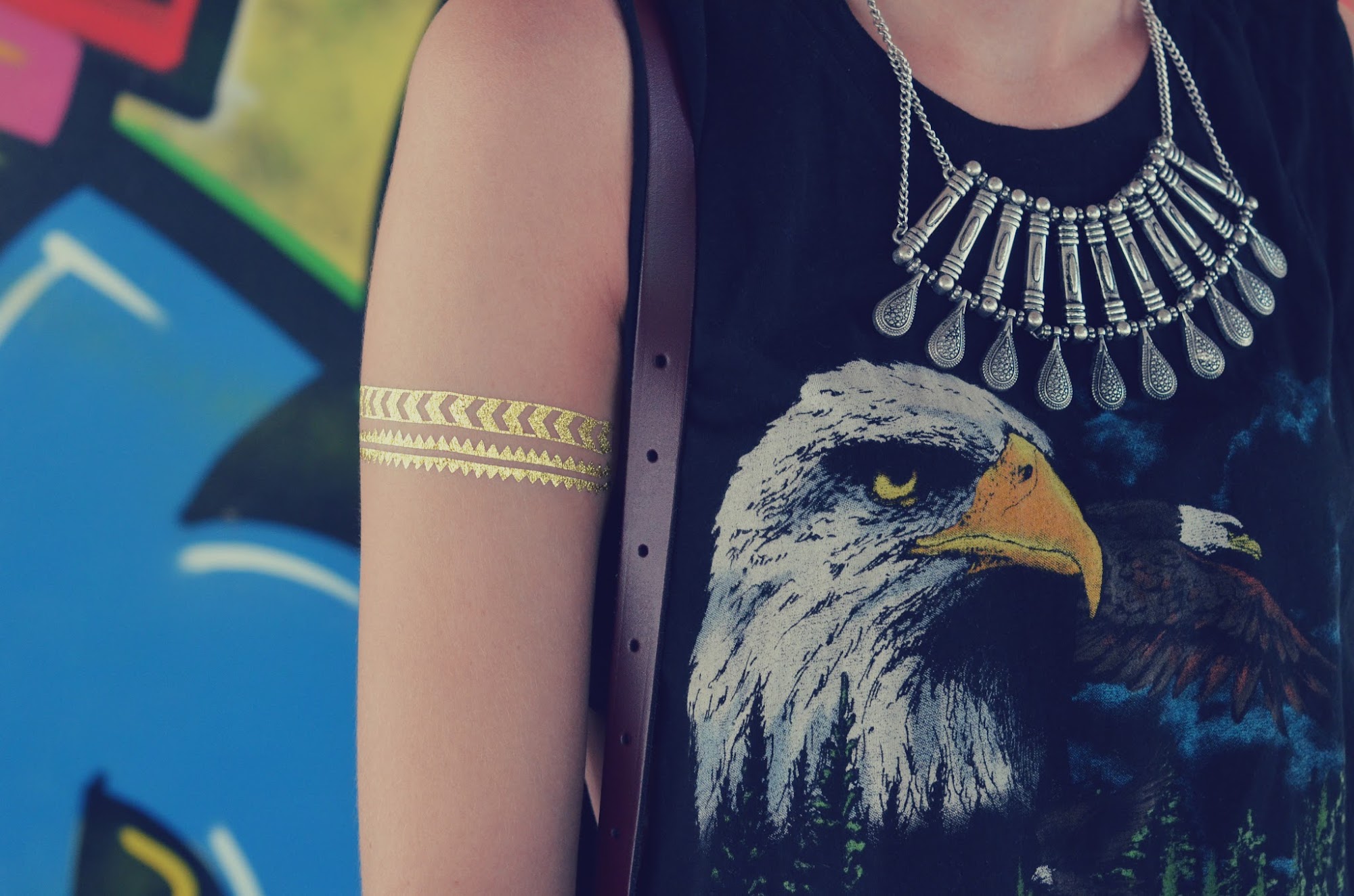 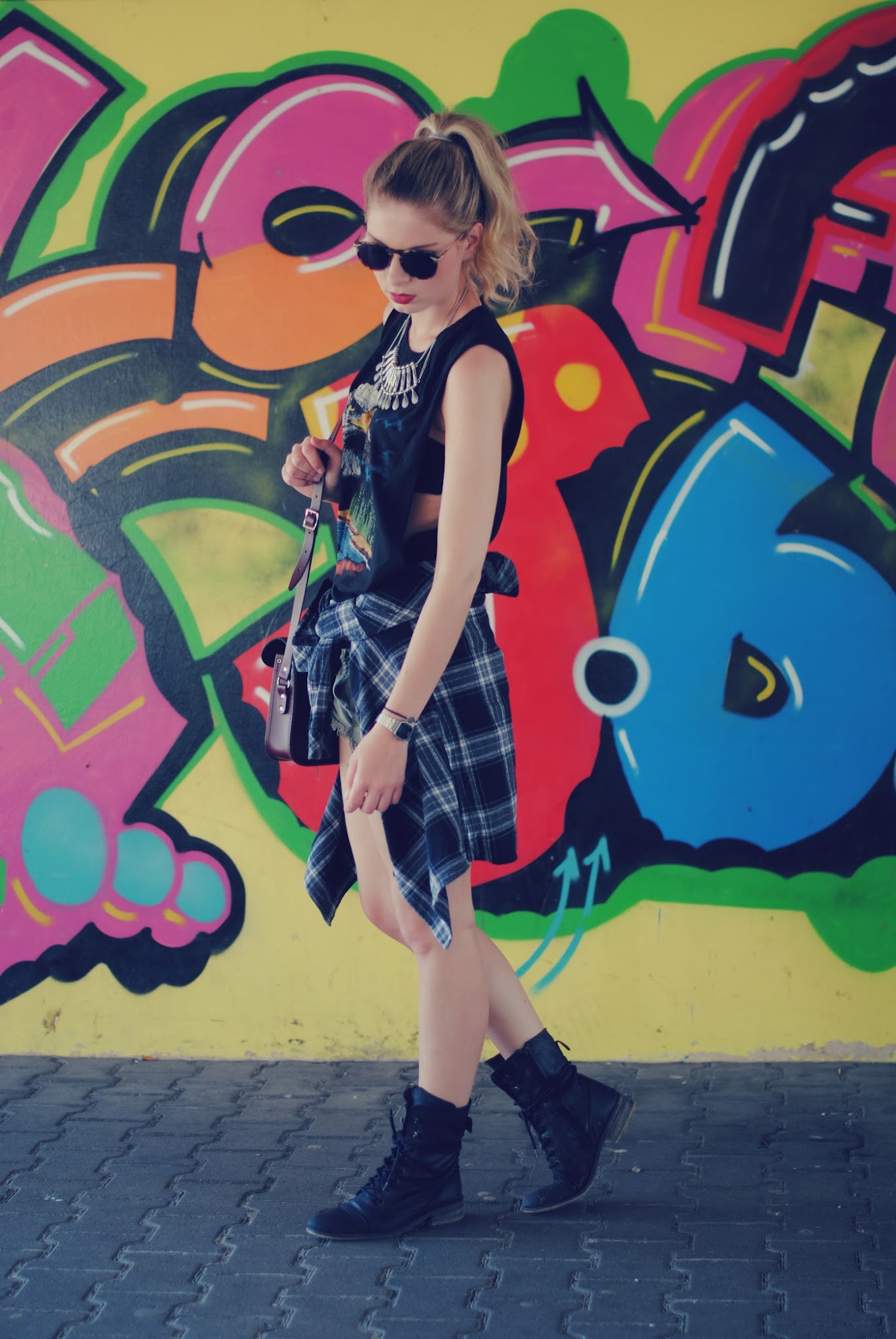 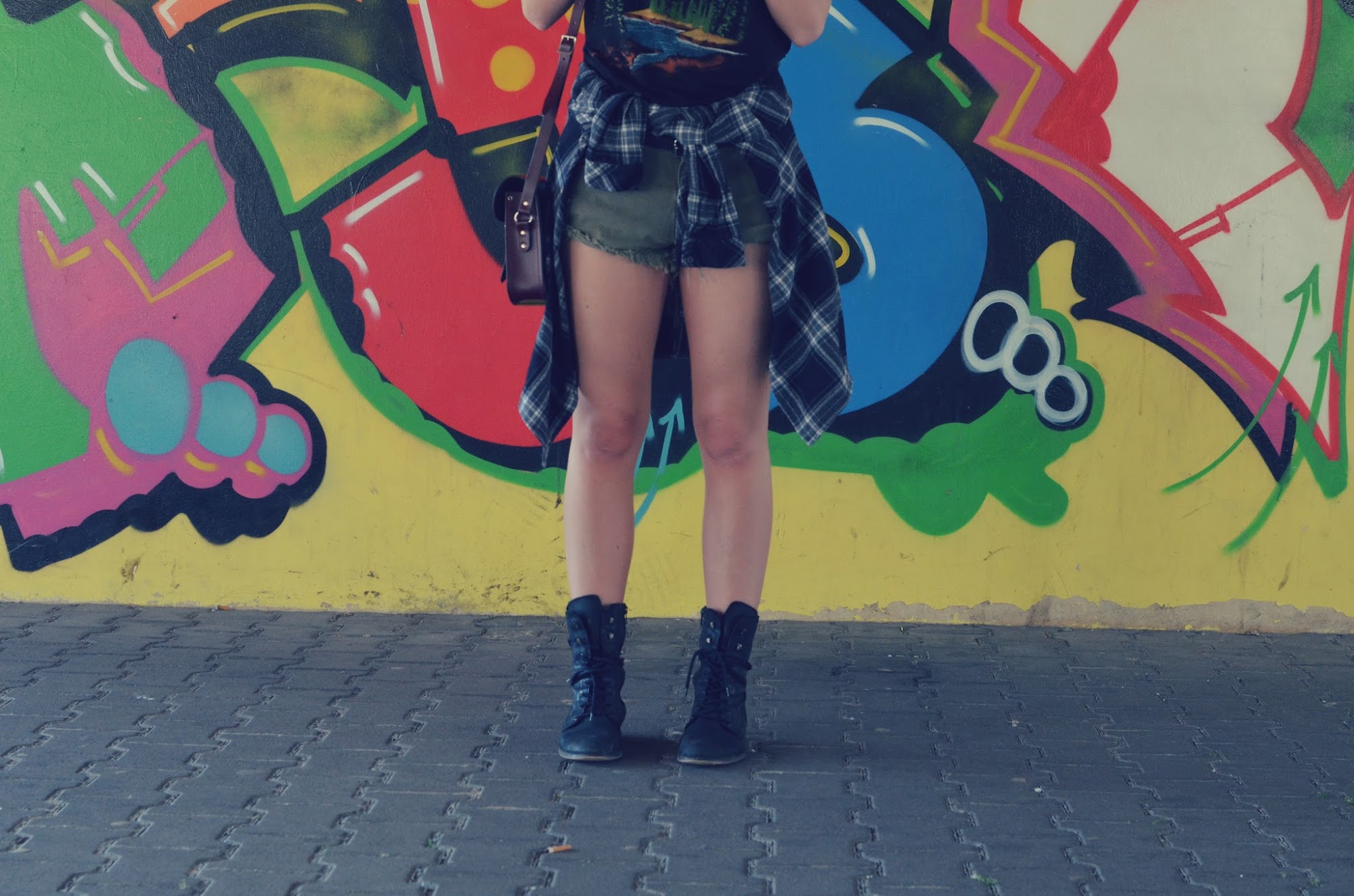 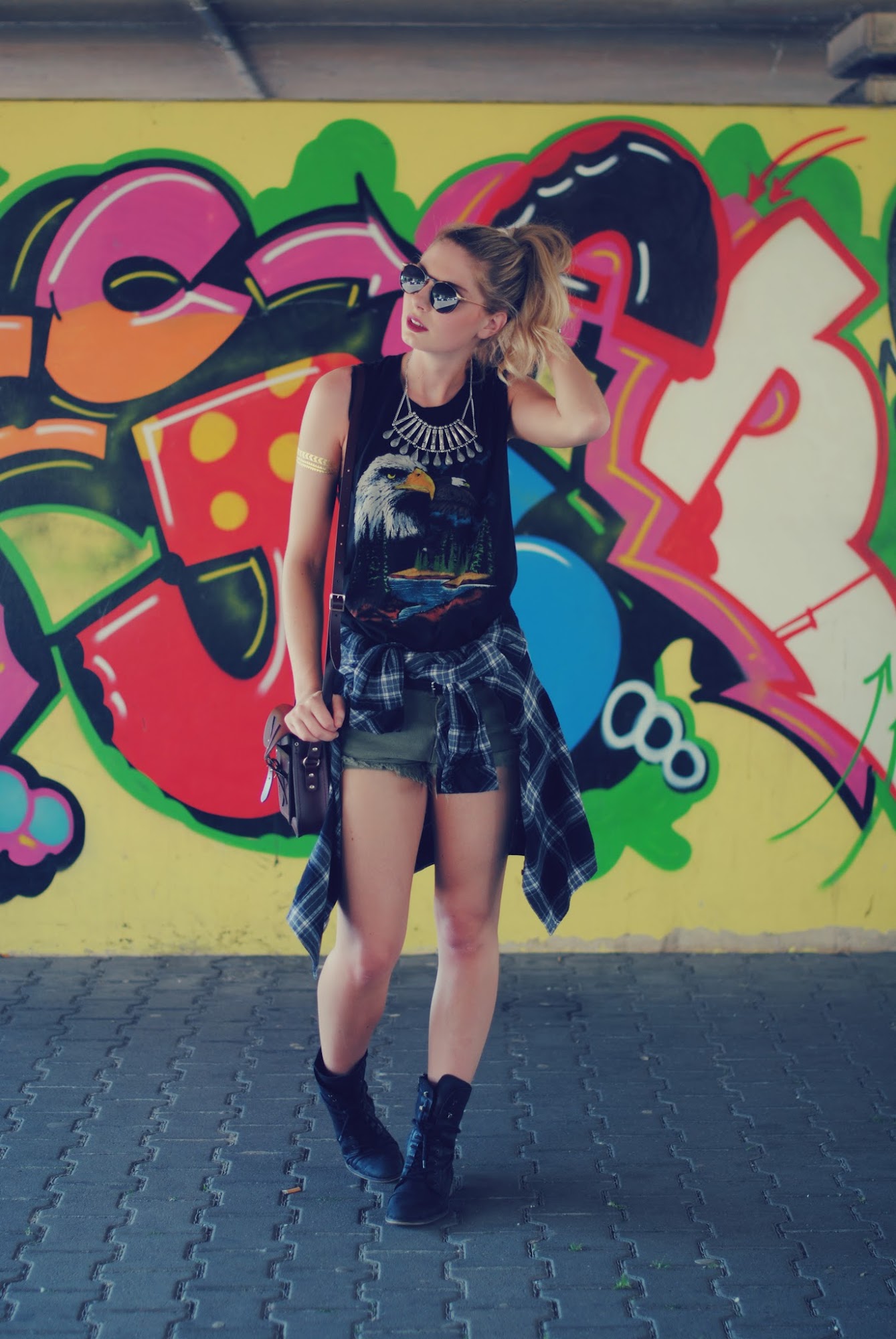