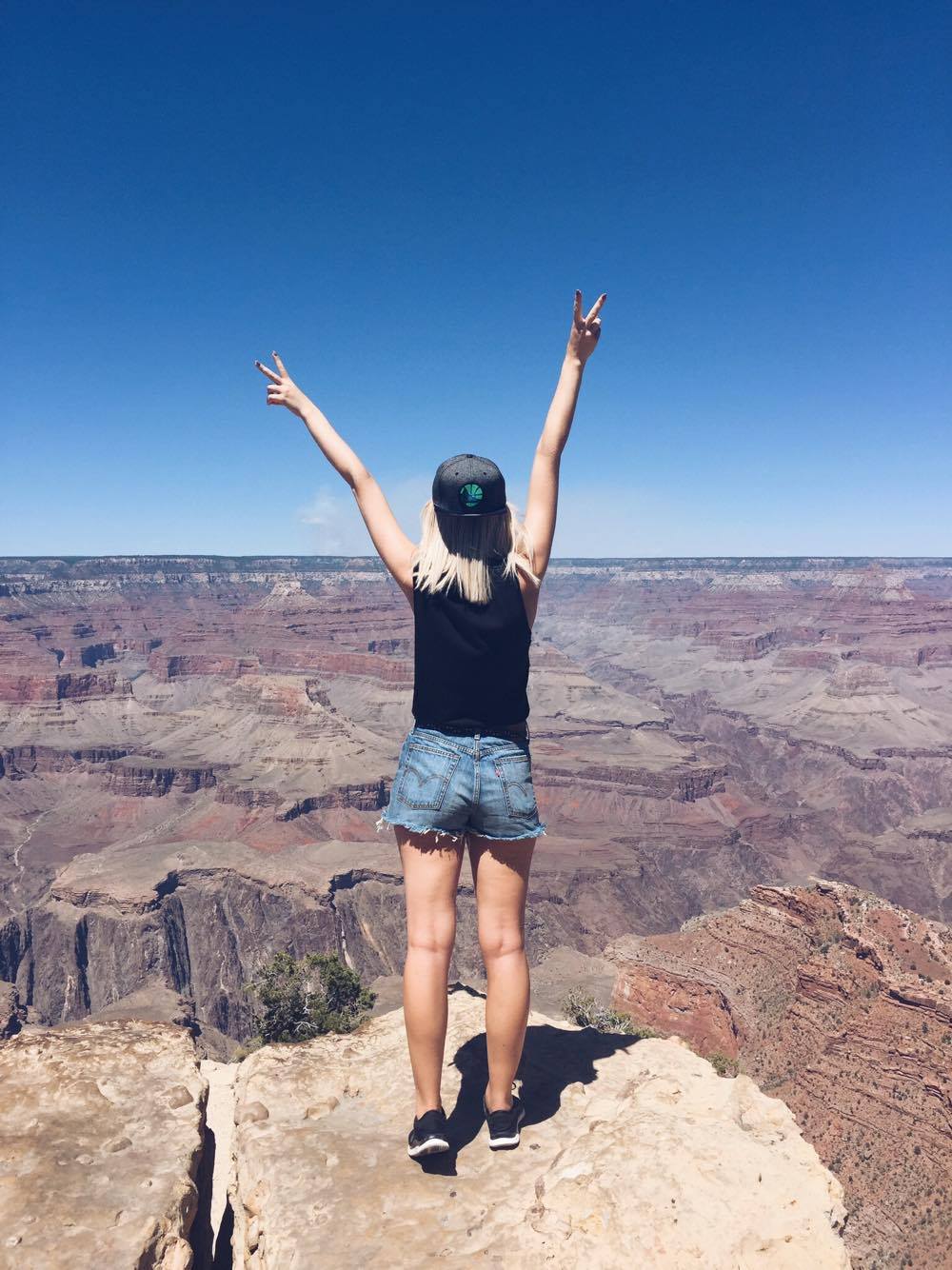 Are you ready for the last part of my US travel diary? Warning… this post contains a lot of pictures 😉 Here we go:

After 3 days in San Diego it was time for us to go inland. We started early on a Sunday morning as we had a  800 km journey ahead of us before reaching Flagstaff where stayed the night and from where we had planned to go to Grand Canyon on the following day. On that Sunday we spent over 8 hours in the car,  driving along highways that really seemed endless (&this time not in a good way) and all this with temperatures above 40°C which my body didn’t handle very well. For me it was thus not only the most boring but also the most exhausting drive in the whole three weeks. Anyhow, arrived in Flagstaff we had dinner at Picazzo’s – an organic italian place – as we were in the mood for something healthy. 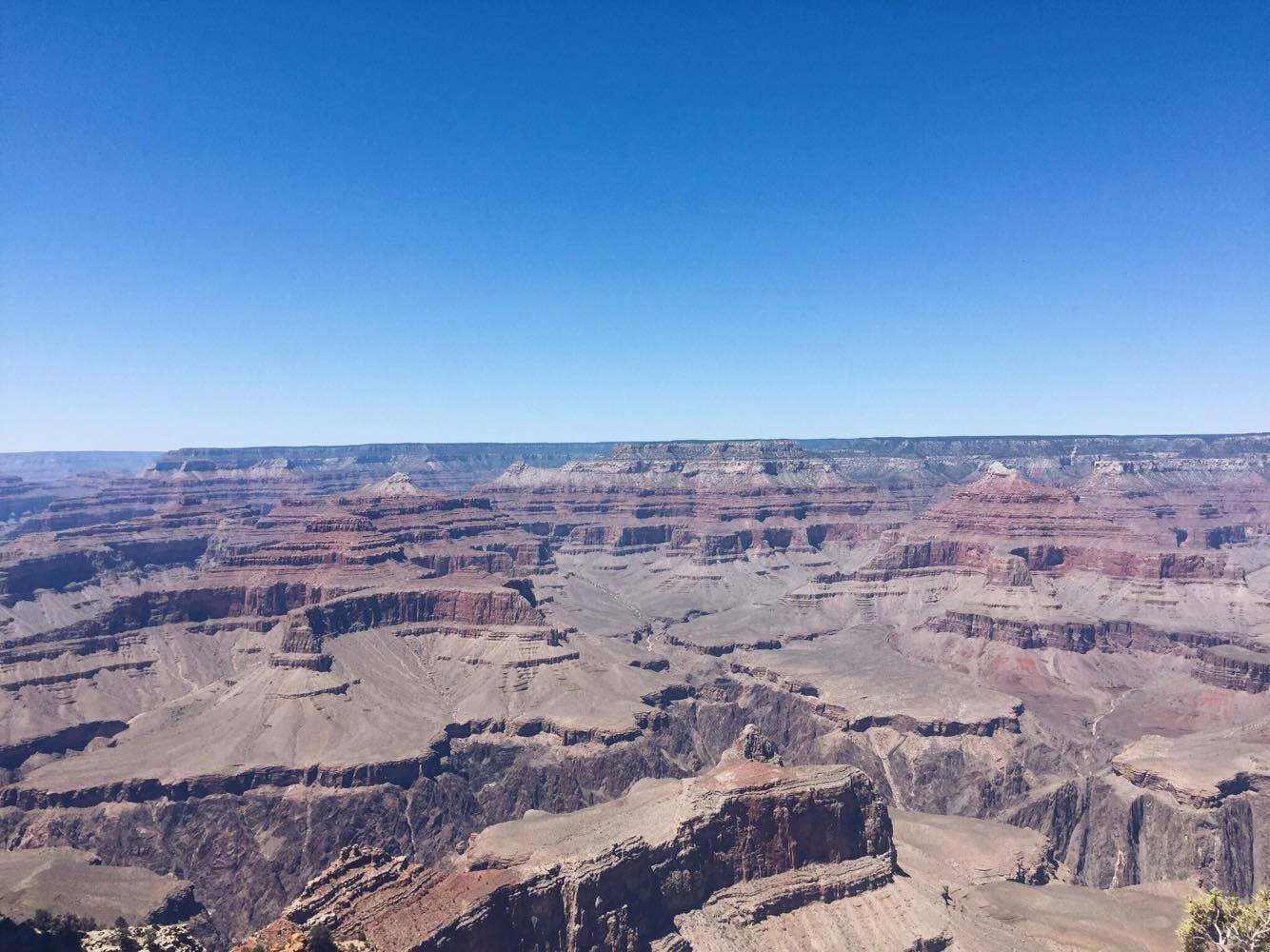 I was so excited to finally visit the Grand Canyon!! For me, and I guess for a lot of us, it is one of THE places to see before we die. And that’s just it, I can now check it off my bucket list 🙂 Don’t get me wrong, it is very very impressive and it is quite unbelievable how small you feel in front of this beautiful backdrop but after a few hours walking through the parc and seeing the Canyon from different view points we were ready to head back to our Motel to spend the night and get ready for our next destination… LAS VEGAS 🙂 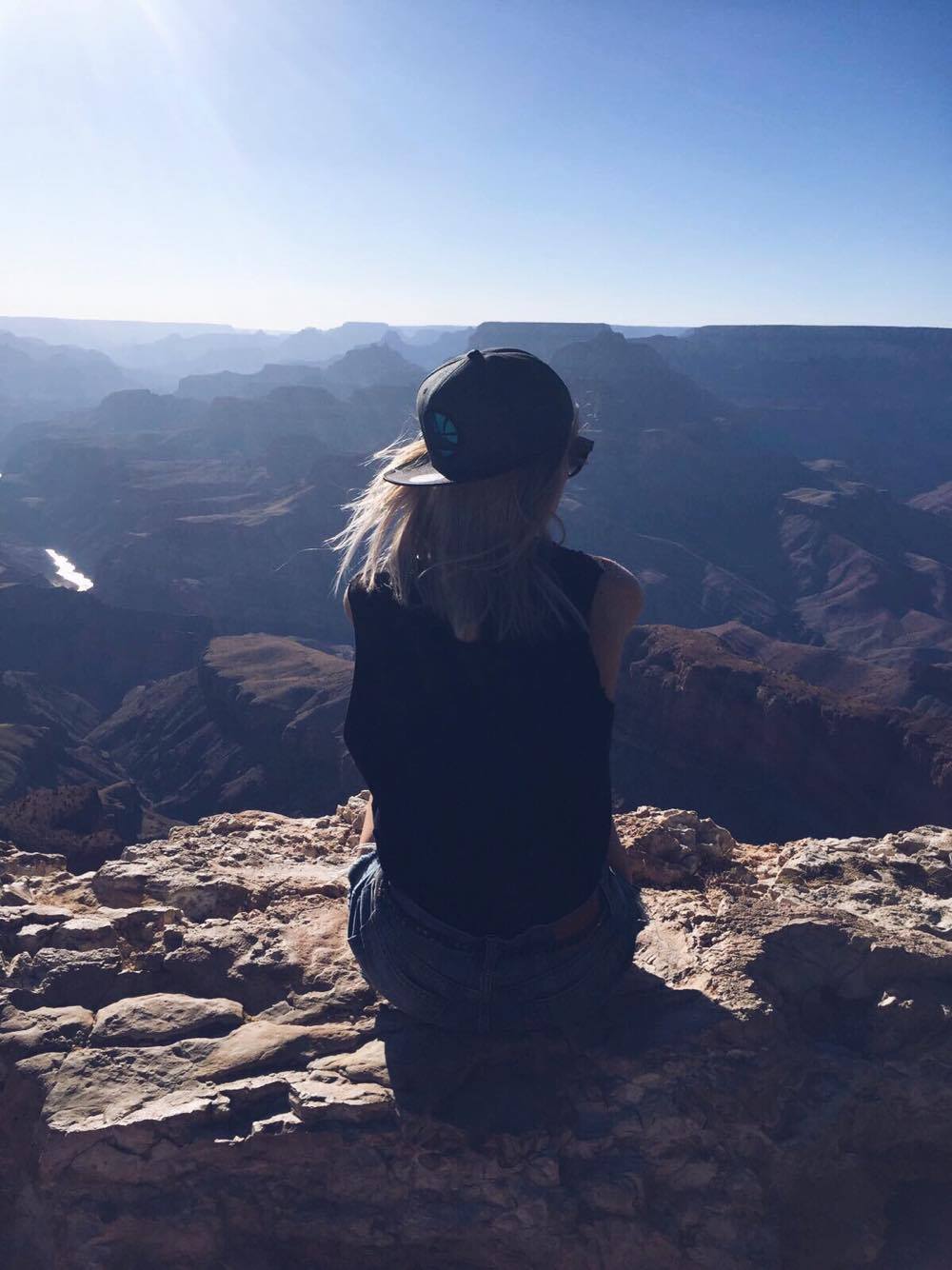 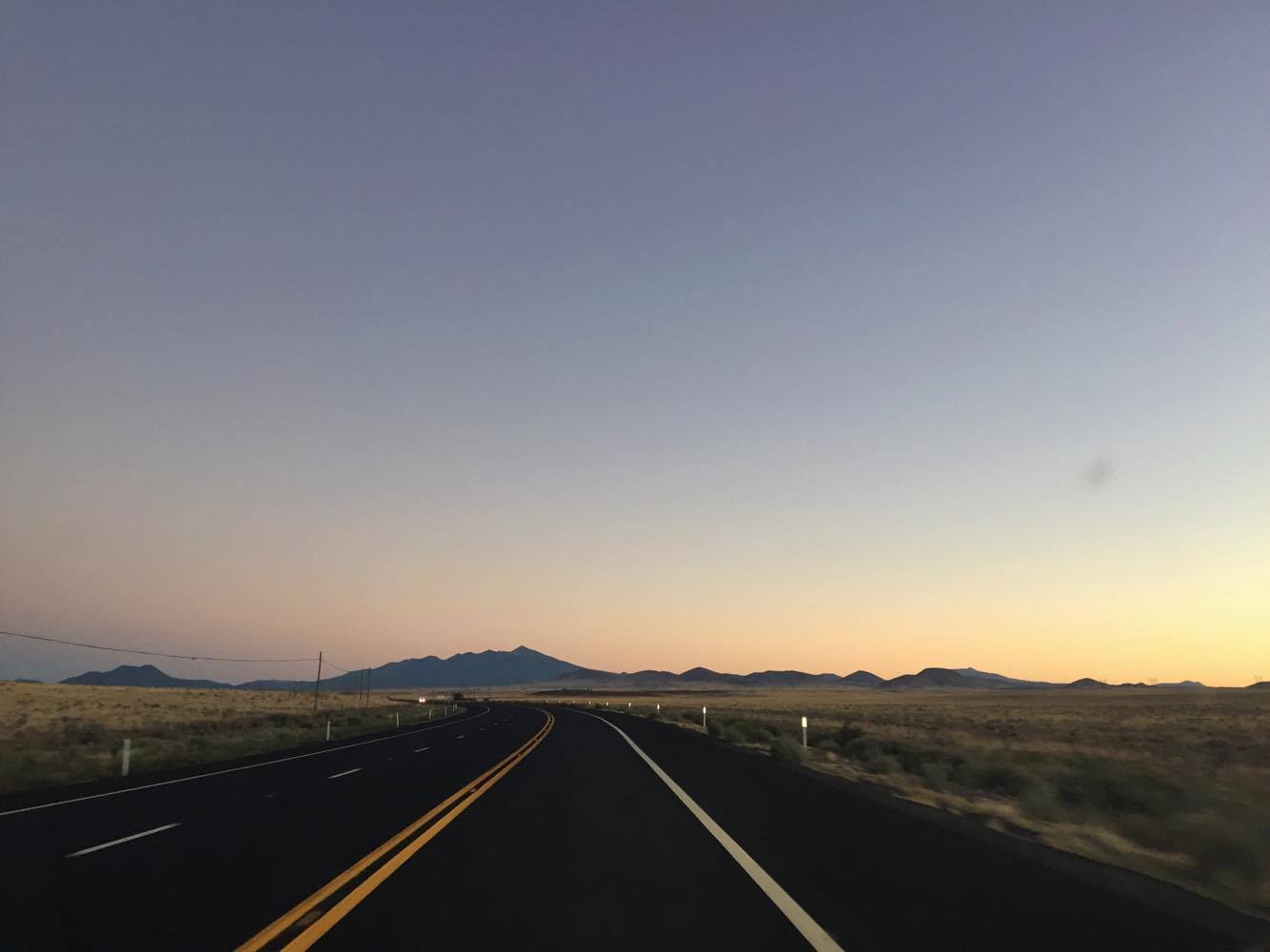 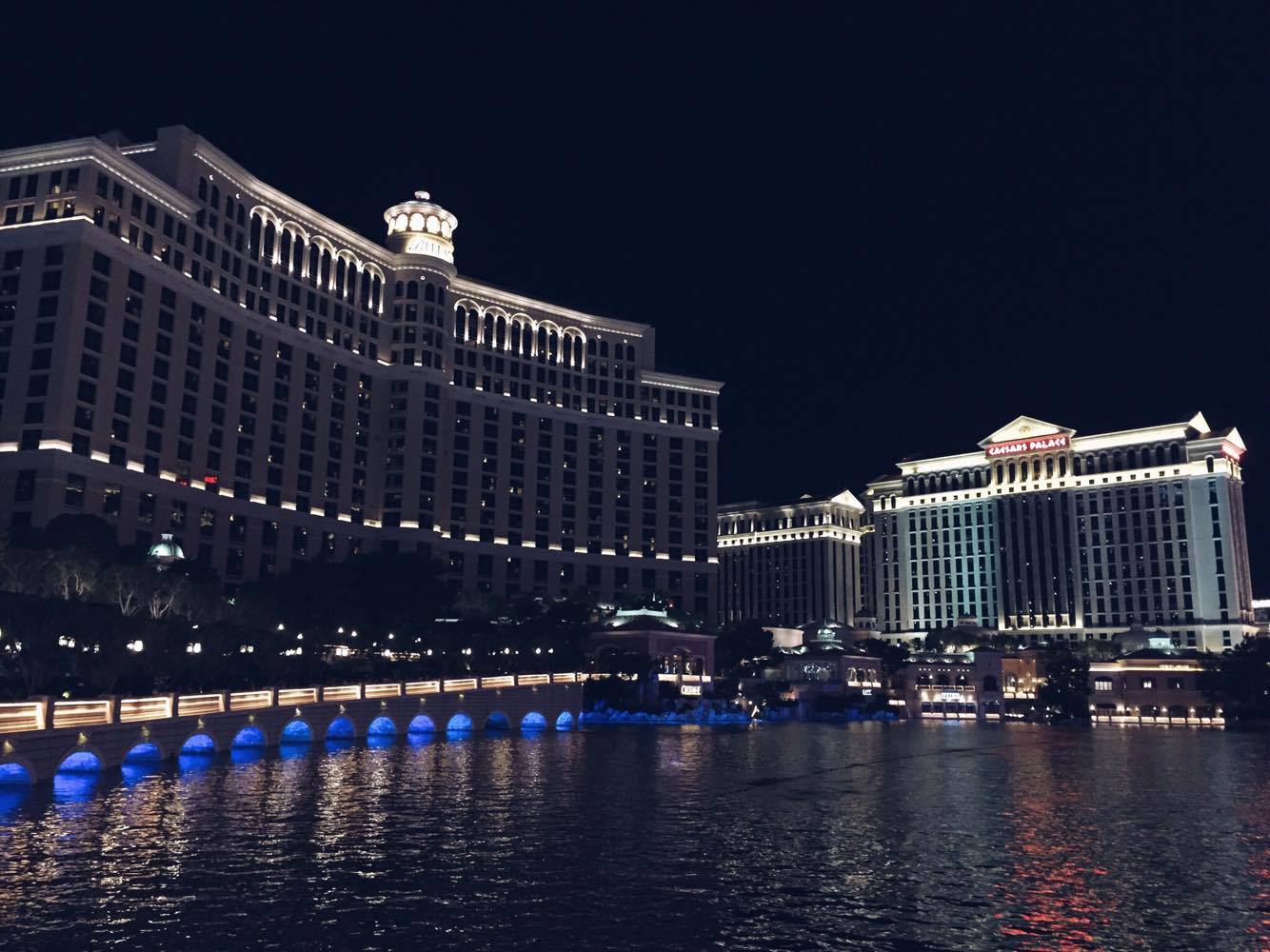 The next day, after another 400 km with the car we arrived in that one mystic city in the middle of the desert! I didn’t have a lot of expectations for Las Vegas, as I was sure I wouldn’t like it but it turned out that I was wrong. We didn’t do much and maybe that was what was great about it! We didn’t have to rush, we simply enjoyed the city, the hotel (we stayed at the Aria Resort which was fantastic!), the pool, the nightlife (we went to Omnia), and the casinos. Oh yes, and I almost forgot, we also went to see the Britney Spears show 😀 And it was like you’ve expected it to be… very Britney like 😉 No but really, I’m not a Britney fan but my friends are and they liked the show 🙂 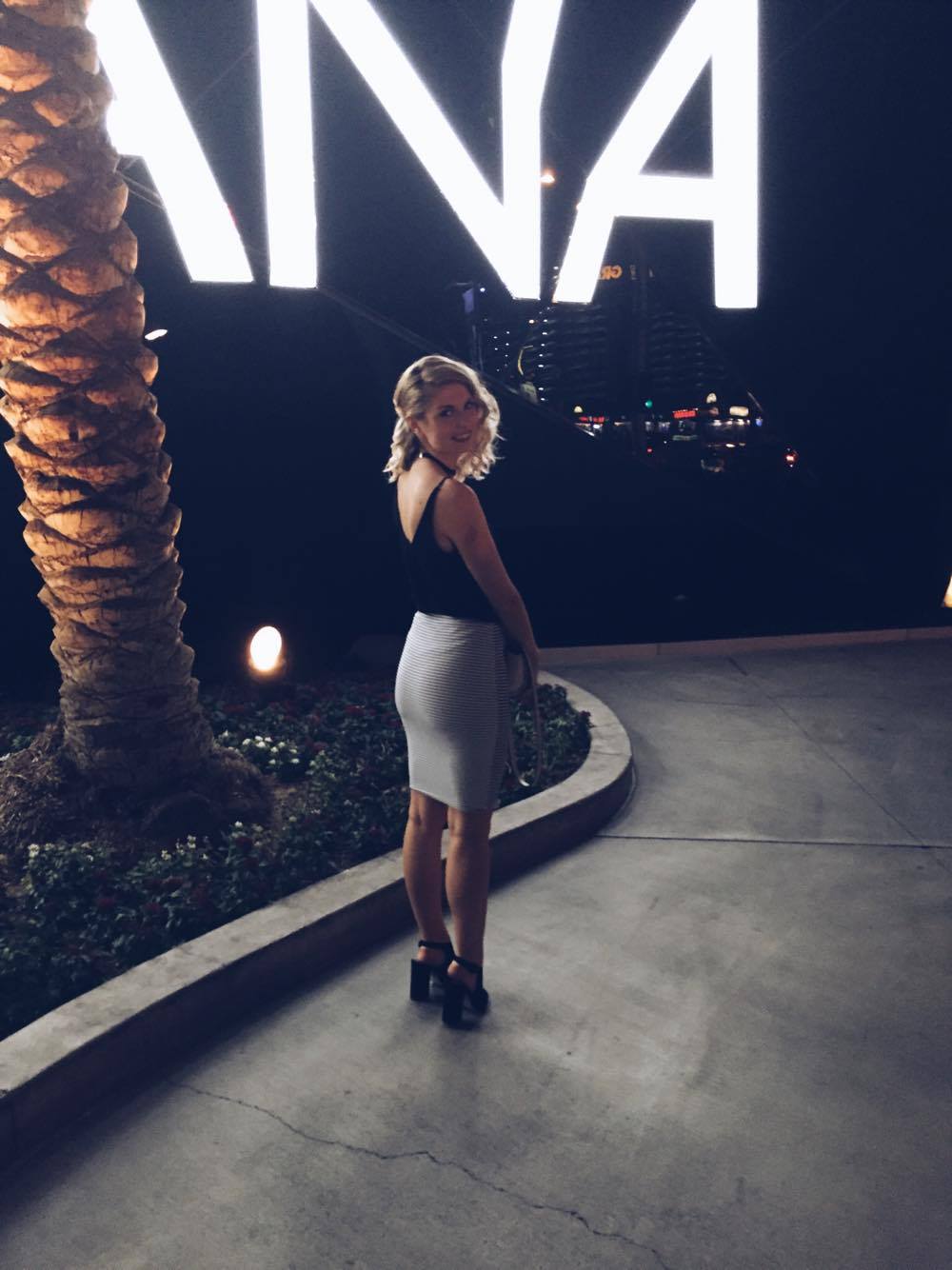 After two days in the Entertainment Capital of the world it was time for us to continue our trip. Our last week in the United States had begun and we were on our way to Mammoth Lakes, a small town where we had booked a room near to Yosemite. It was another 500 km in the car, but this time it was so pretty to see how the landscape changed along the way! Starting at around 43°C in the middle of the desert and driving to the most beautiful mountain sceneries with milder temperatures and blue skies was not bad at all. 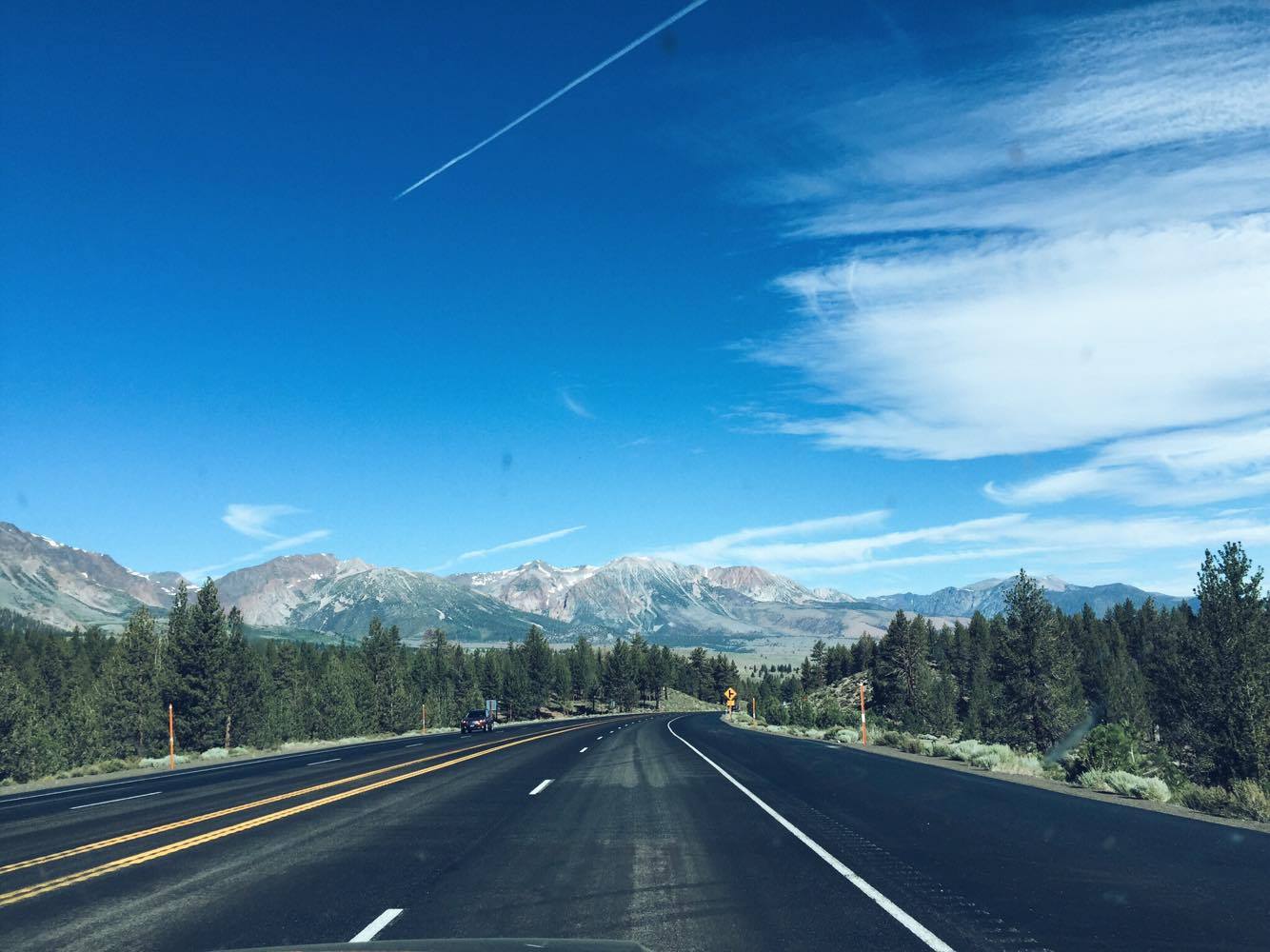 We spent an entire day at the Yosemite National Park and saw the best of what nature has to offer! For my taste it was a little too crowded in the valley, but nonetheless it was an experience I would never wanna miss. We drove back to Mammoth Lakes when the sun was setting and this allowed us to witness the most beautiful sunset I have ever seen in my life! (My pictures don’t do the colours of the sky justice but at least you get an idea). If you want to visit Yosemite I’d recommend you to stay closer to the park – or even in the park – because driving back to Mammoth Lakes took again over two hours and was quite exhausting after all those km done in the previous days. 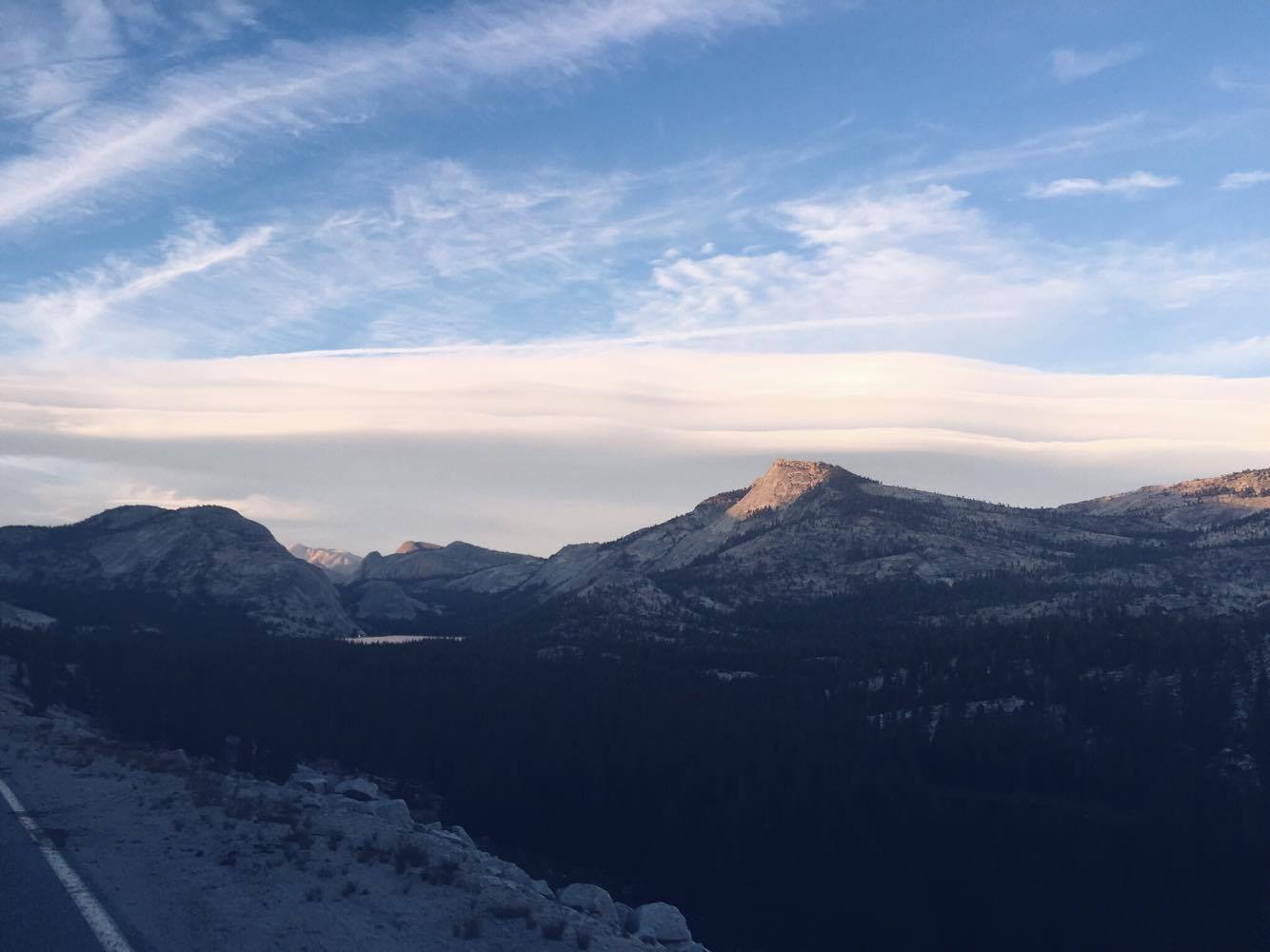 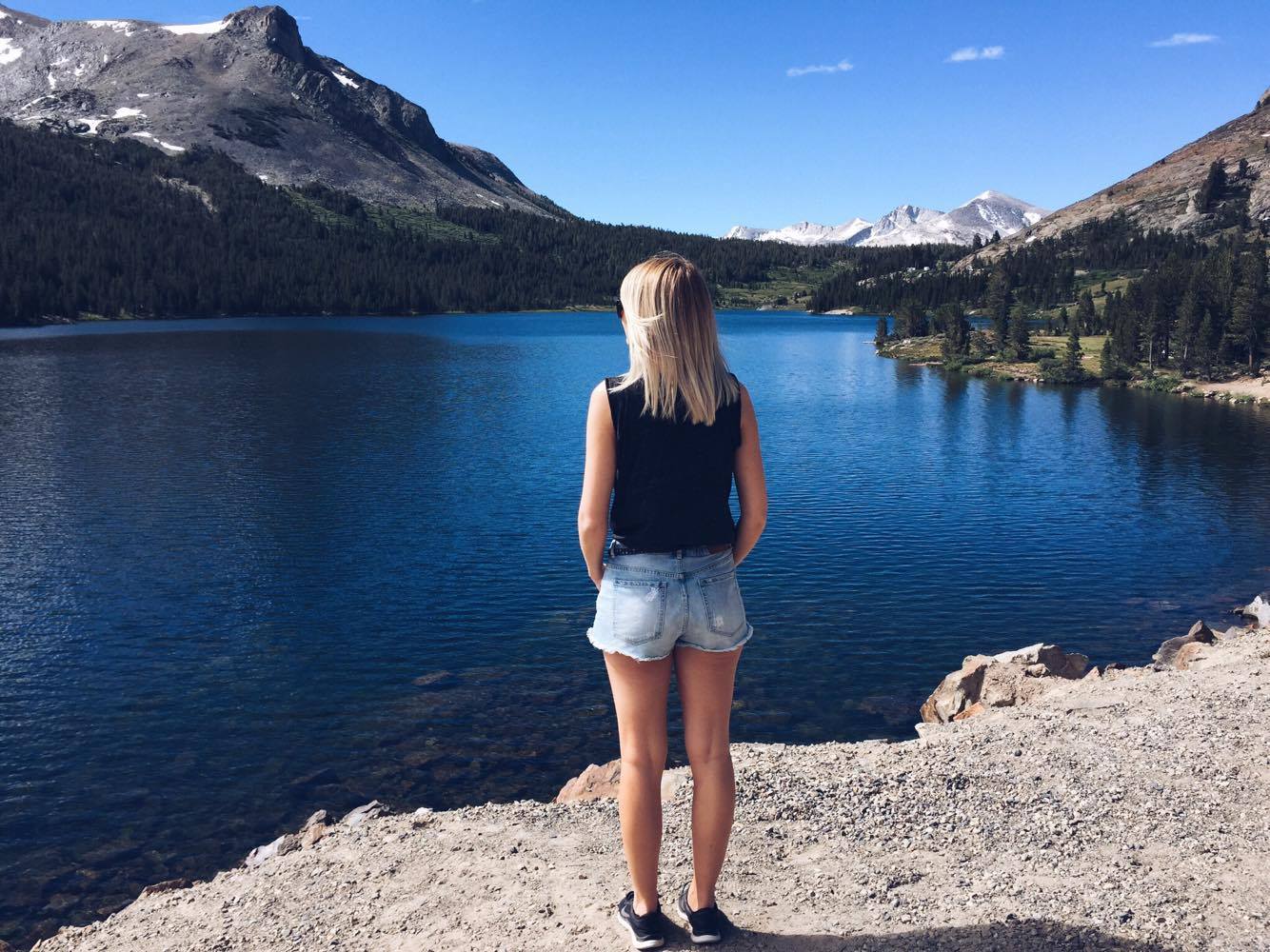 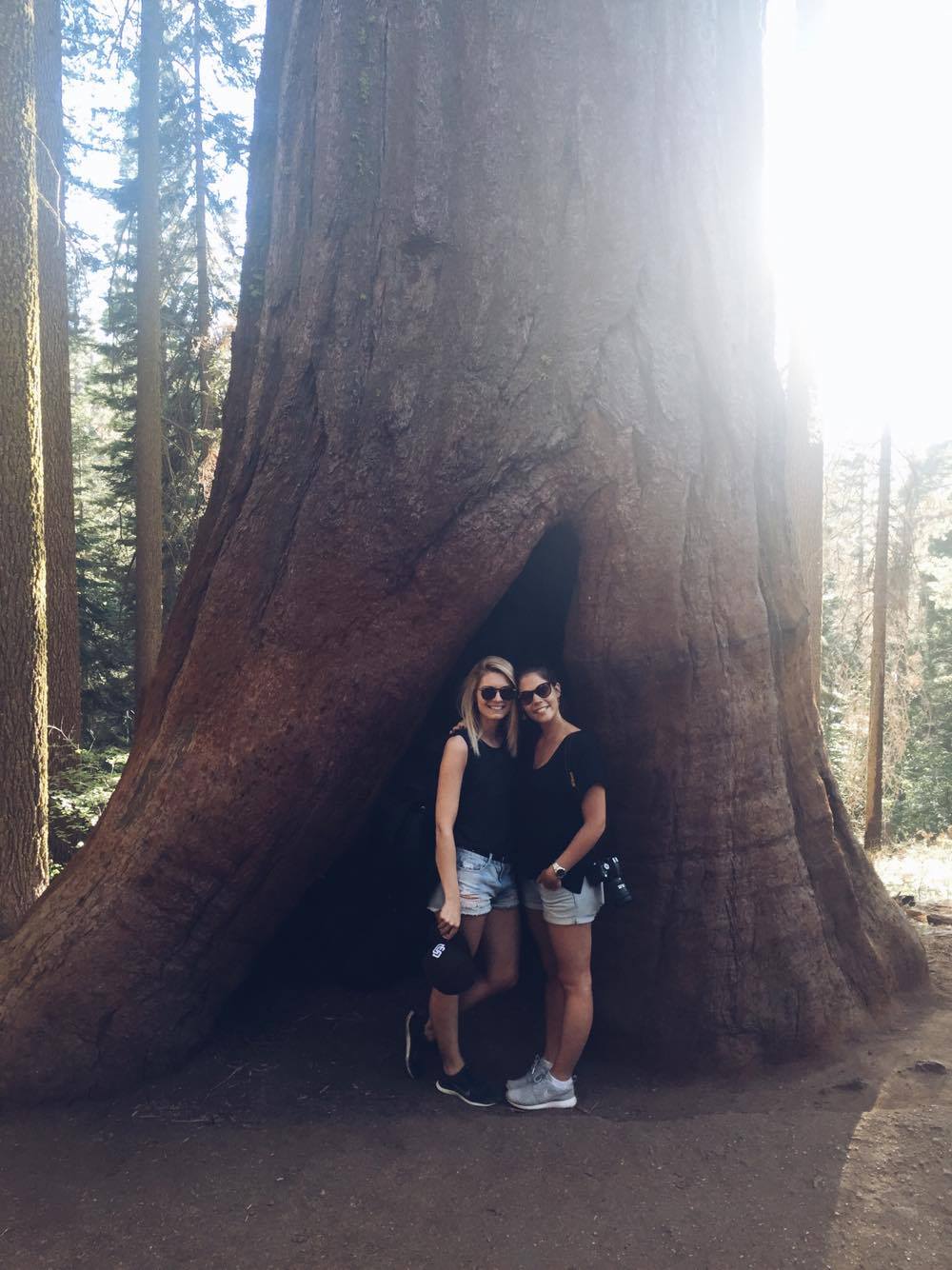 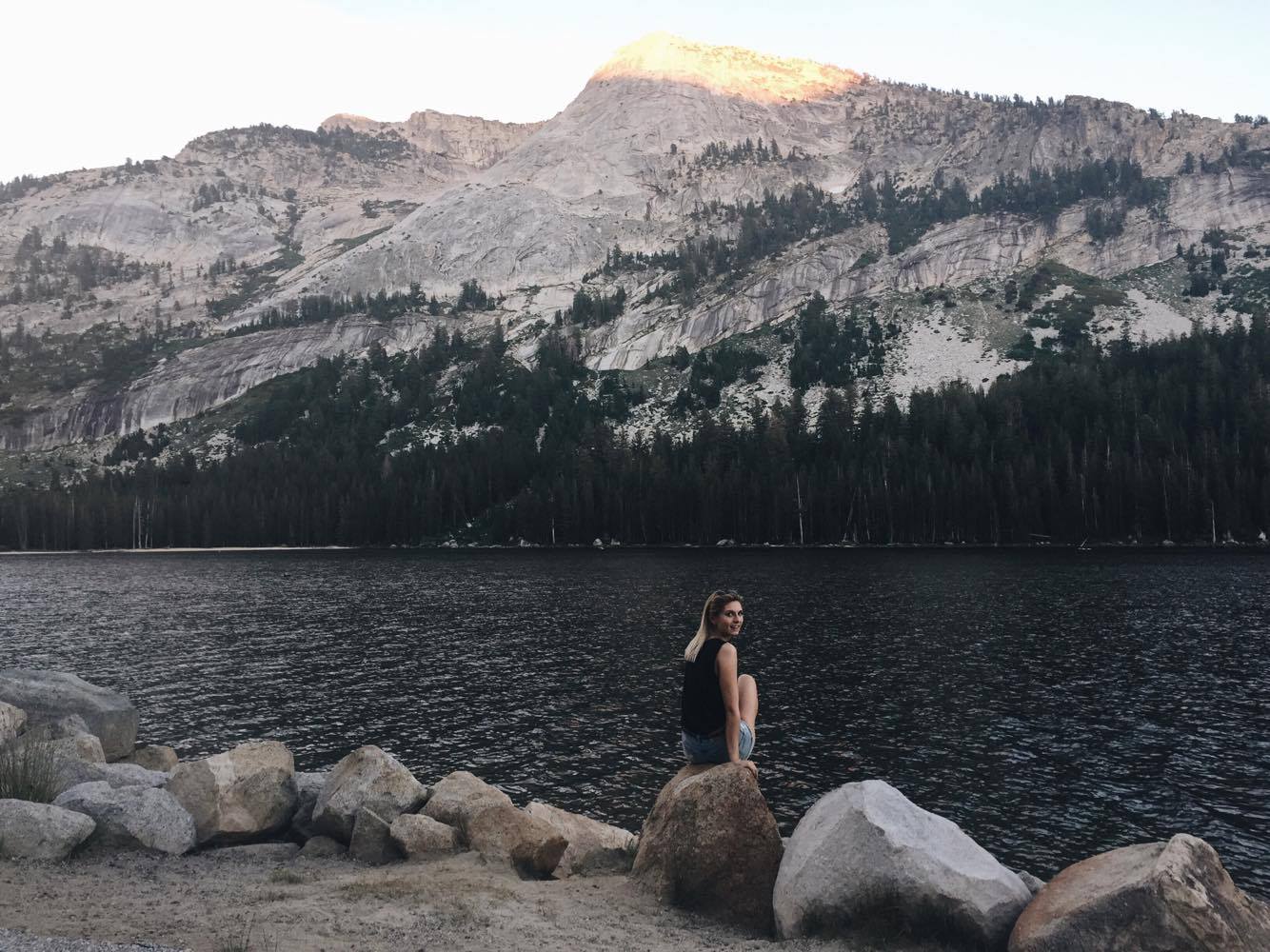 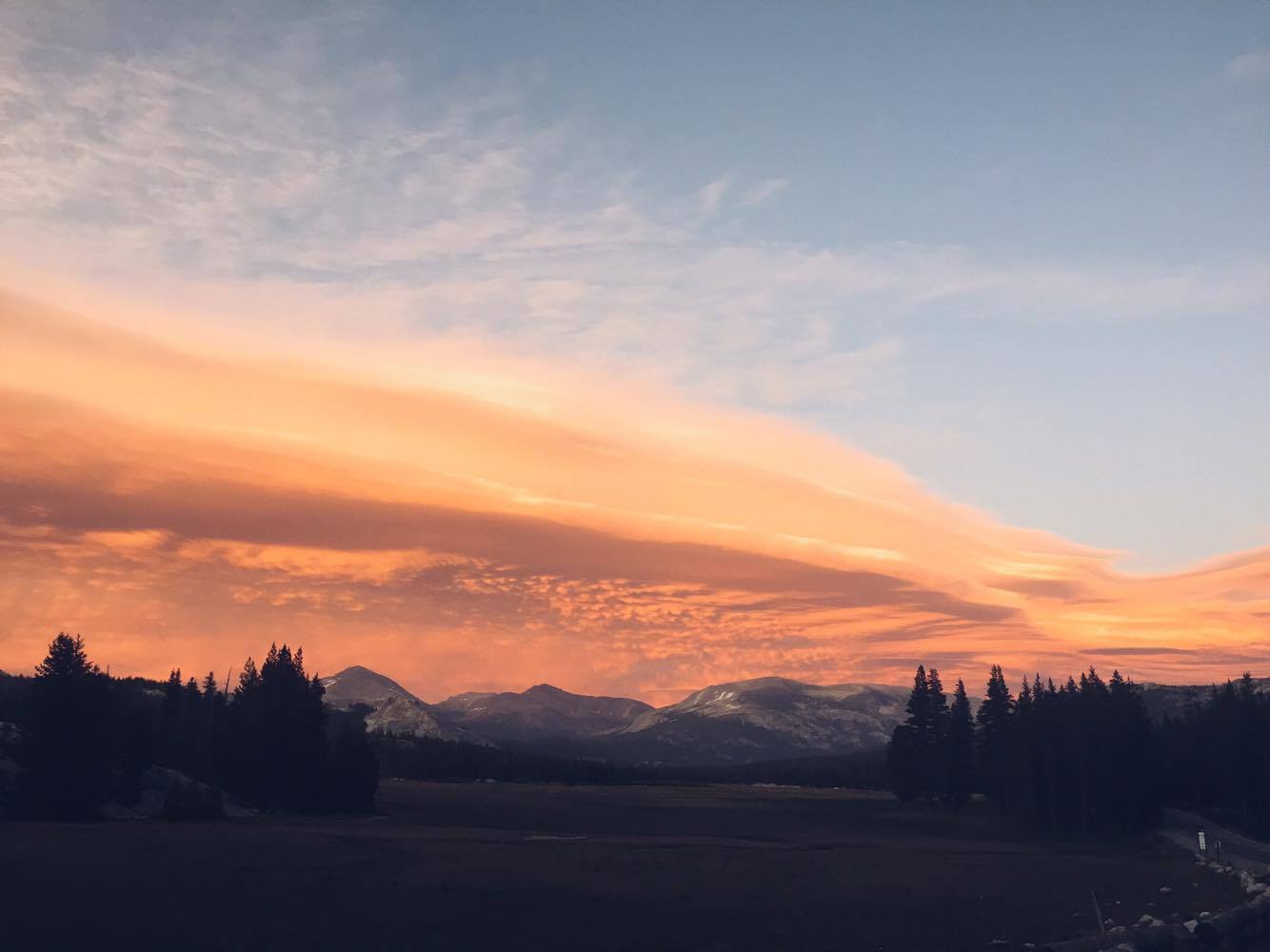 Our last longer drive was planned for the following day: we were headed to  Nappa Valley with a stop in Sacramento to visit the aunt of Lisa. For our time in Nappa (aka one day of wine tasting) we stayed in a lovely airbnb in Santa Rosa. For the wine tasting itself we decided (after a quick search on Pinterest) on the Sterling Vineyards which can be reached by taking an air tram/gondola. The weather was perfect and so we enjoyed a lovely afternoon with lots of wine at the winery. 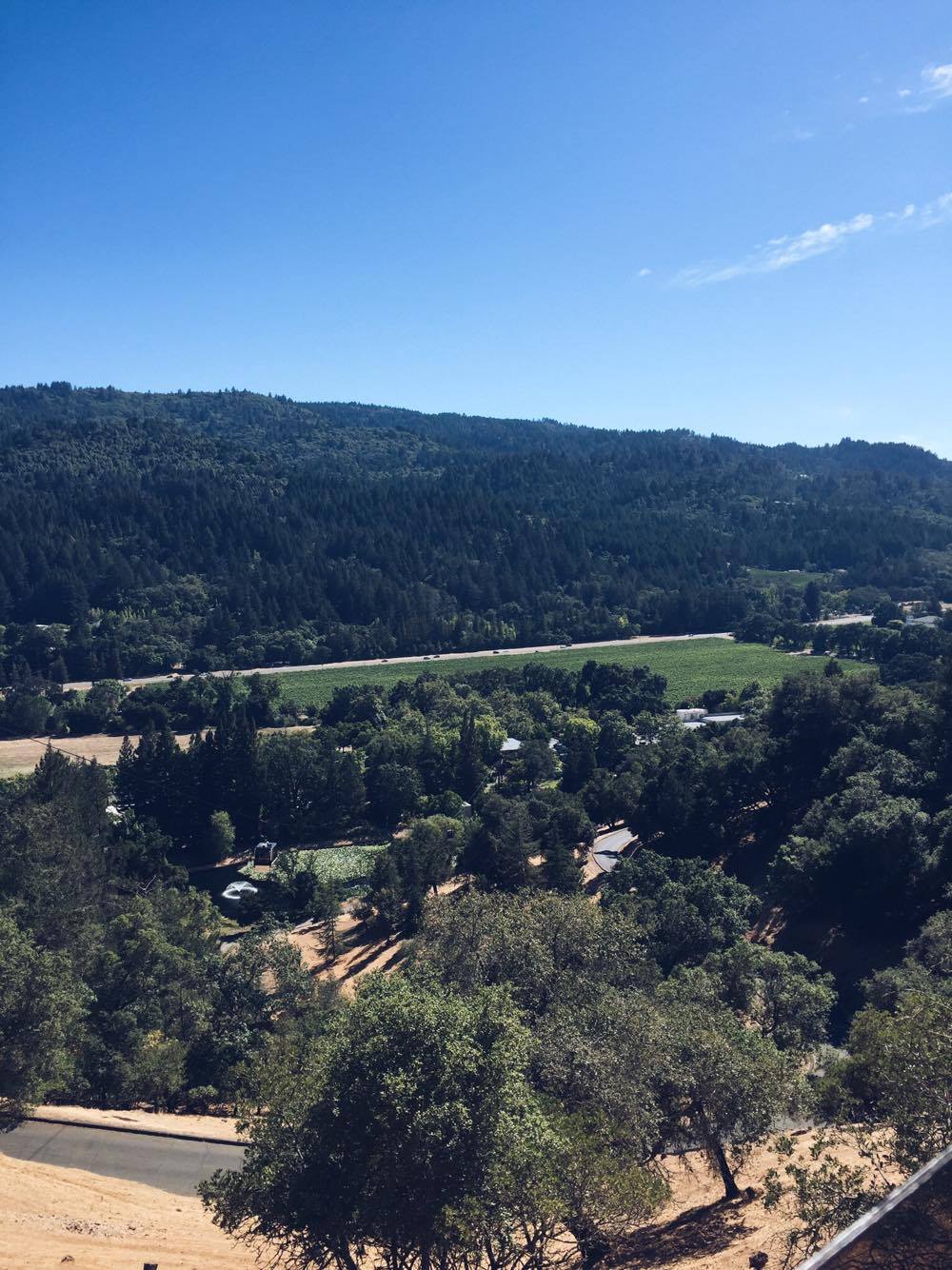 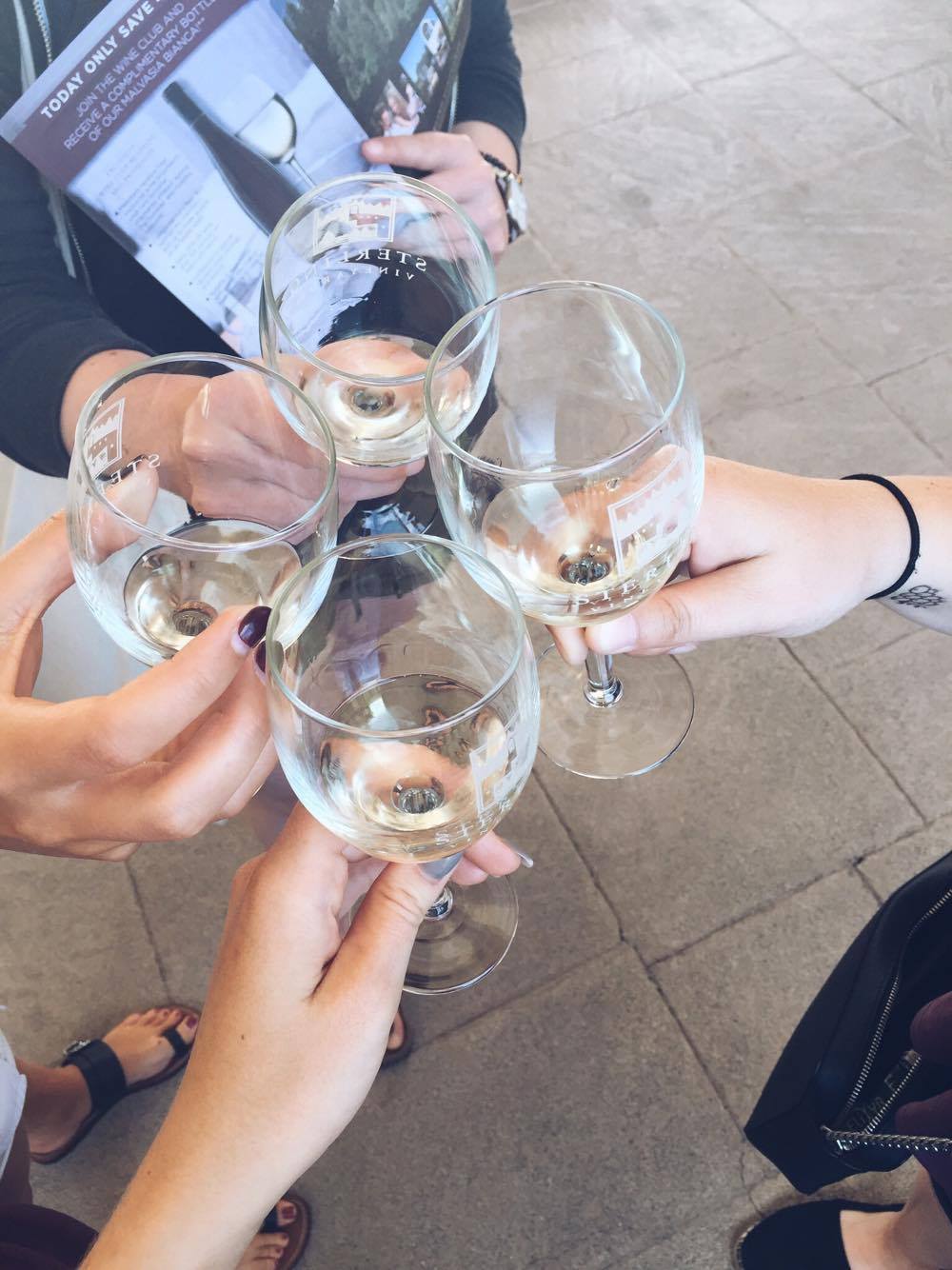 Our final destination, for the last couple of days in the US was San Francisco. Arriving on Monday, Lisa and Laure went to visit Alcatraz while Julie and I were returning our car to the airport as we decided to explore San Fran by foot/Uber. In SF we also stayed in a cool airbnb – we did not once have a bad experience with airbnb during our time in the States and it’s a great and cheaper option to hotels, especially when you’re, like us, travelling in a group! We had two and a half days to explore the city before flying back to Europe and so we did a little/lot of shopping, went sightseeing, walked over the Golden Gate bridge and Lisa & Julie even got Tattoos 😀 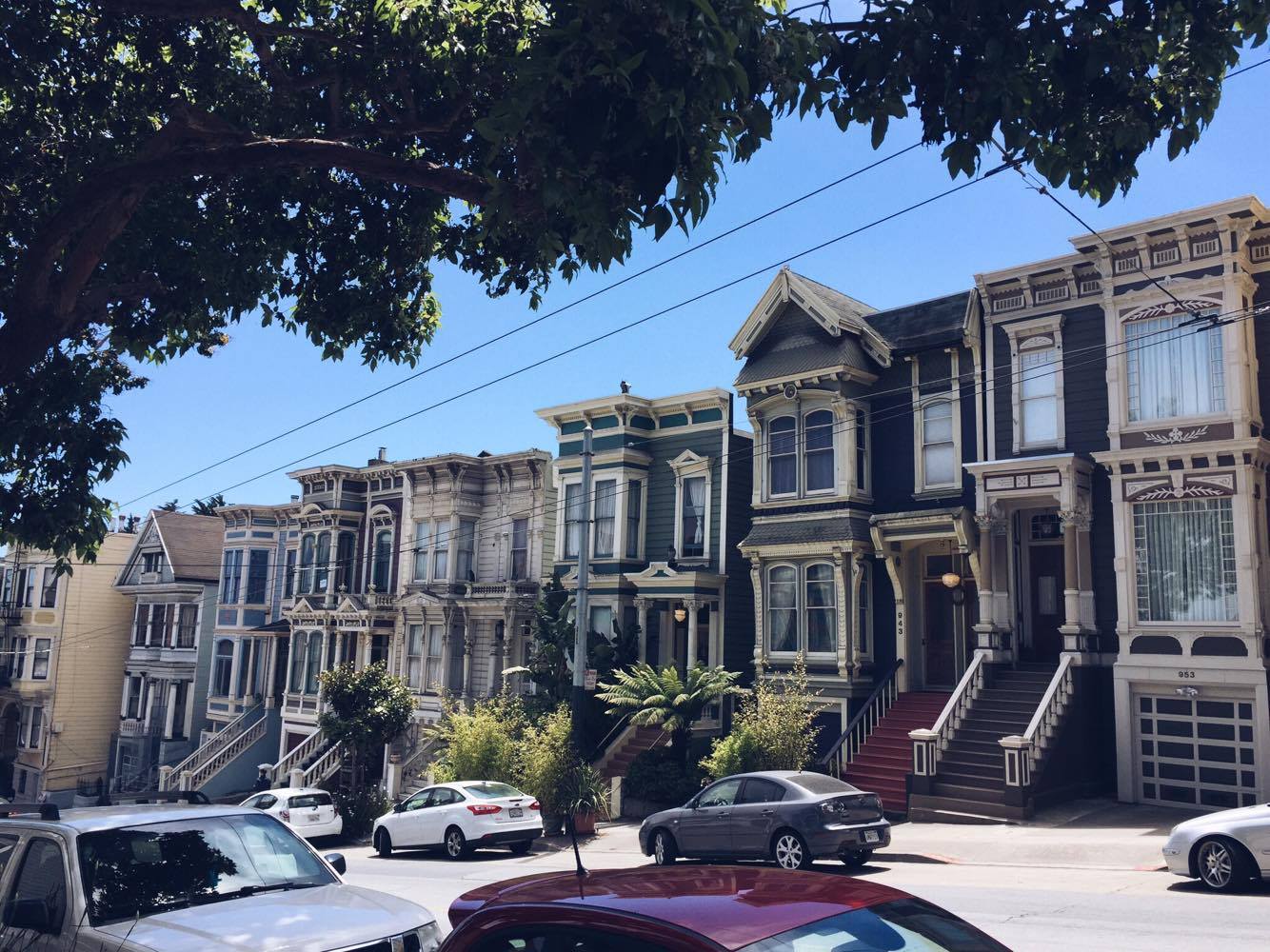 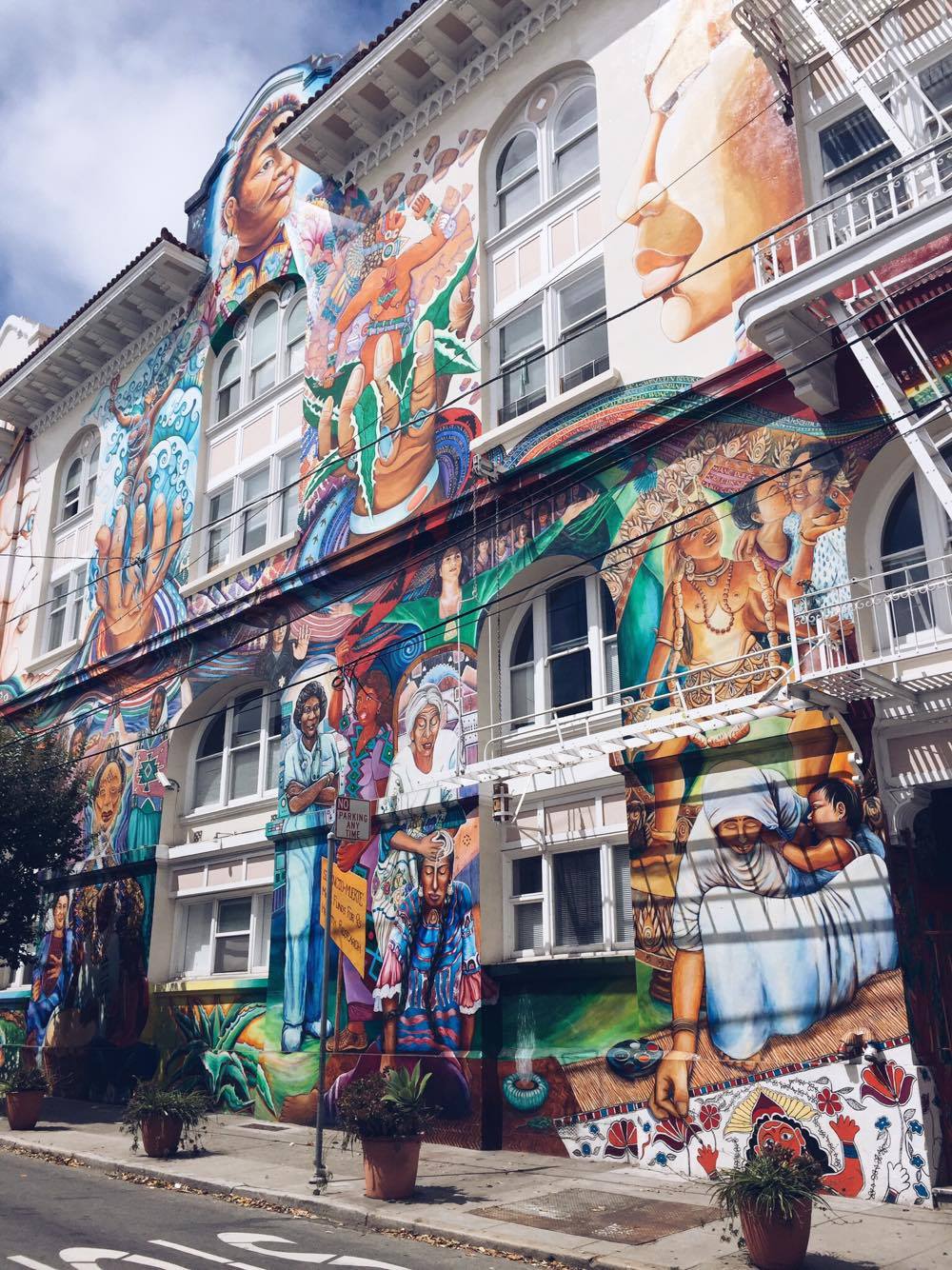 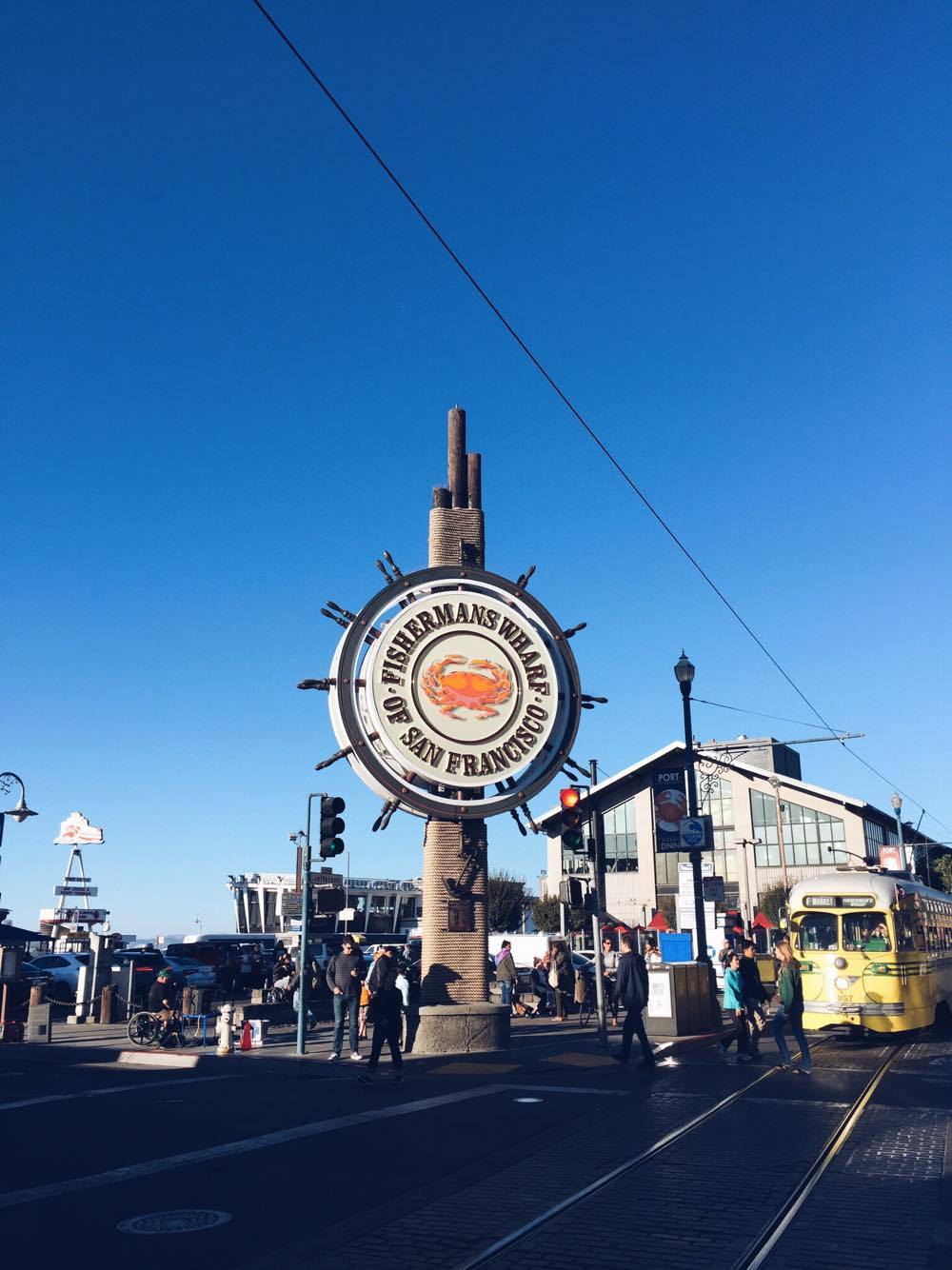 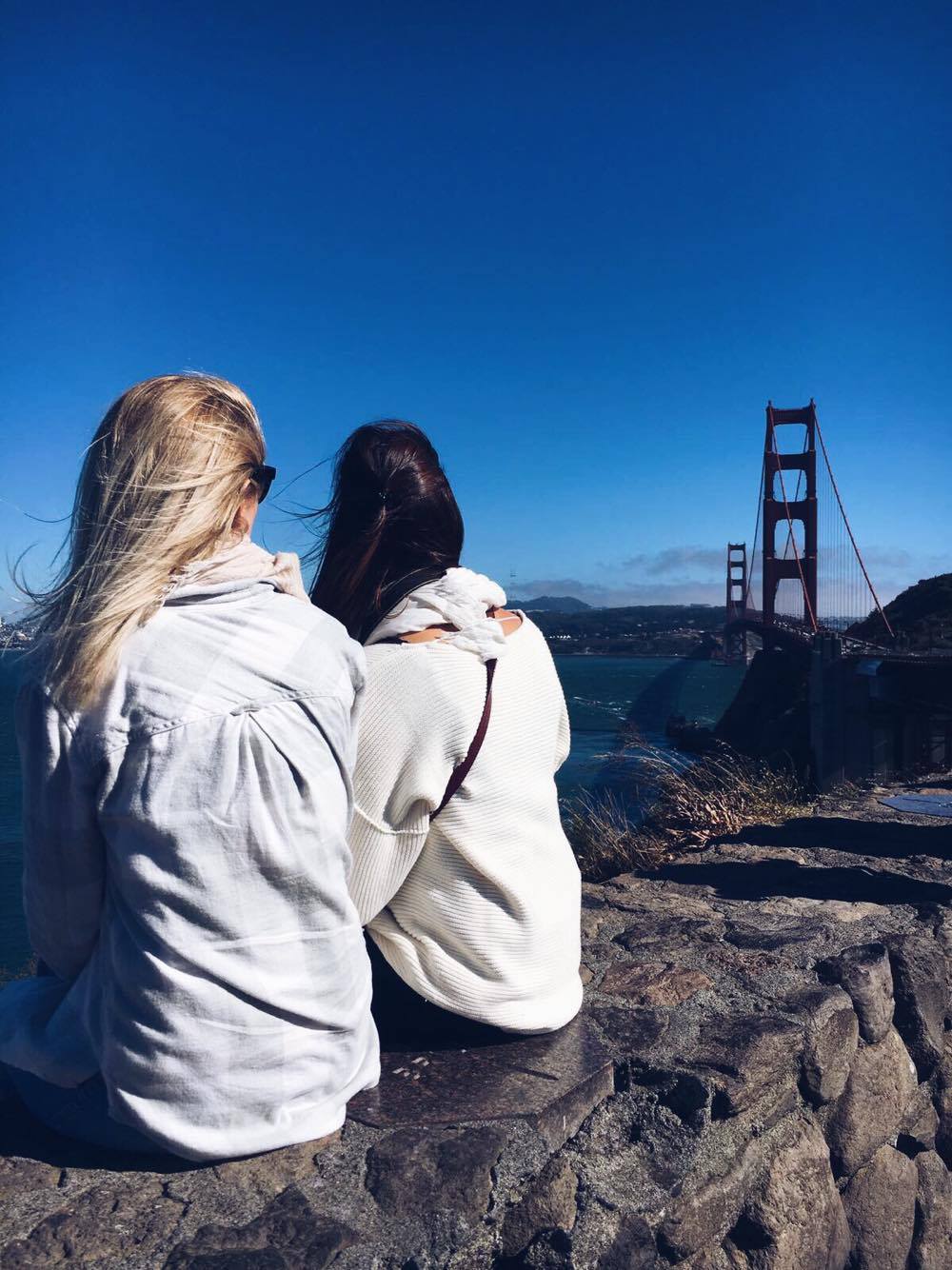 The one thing that I really would do differently if I was to do this trip again is to start by visiting San Francisco! It is such an amazing city but after 3 weeks of travelling, with lots and lots of hours spent in the car – especially during the last week – we were not as motivated to explore the city as we would have been at the beginning of our trip. Thus, San Francisco: I’ll be back! 🙂

Oh and one more thing! Don’t forget to pack a big sweater and jeans to visit San Fran! It is quite windy over there 😉 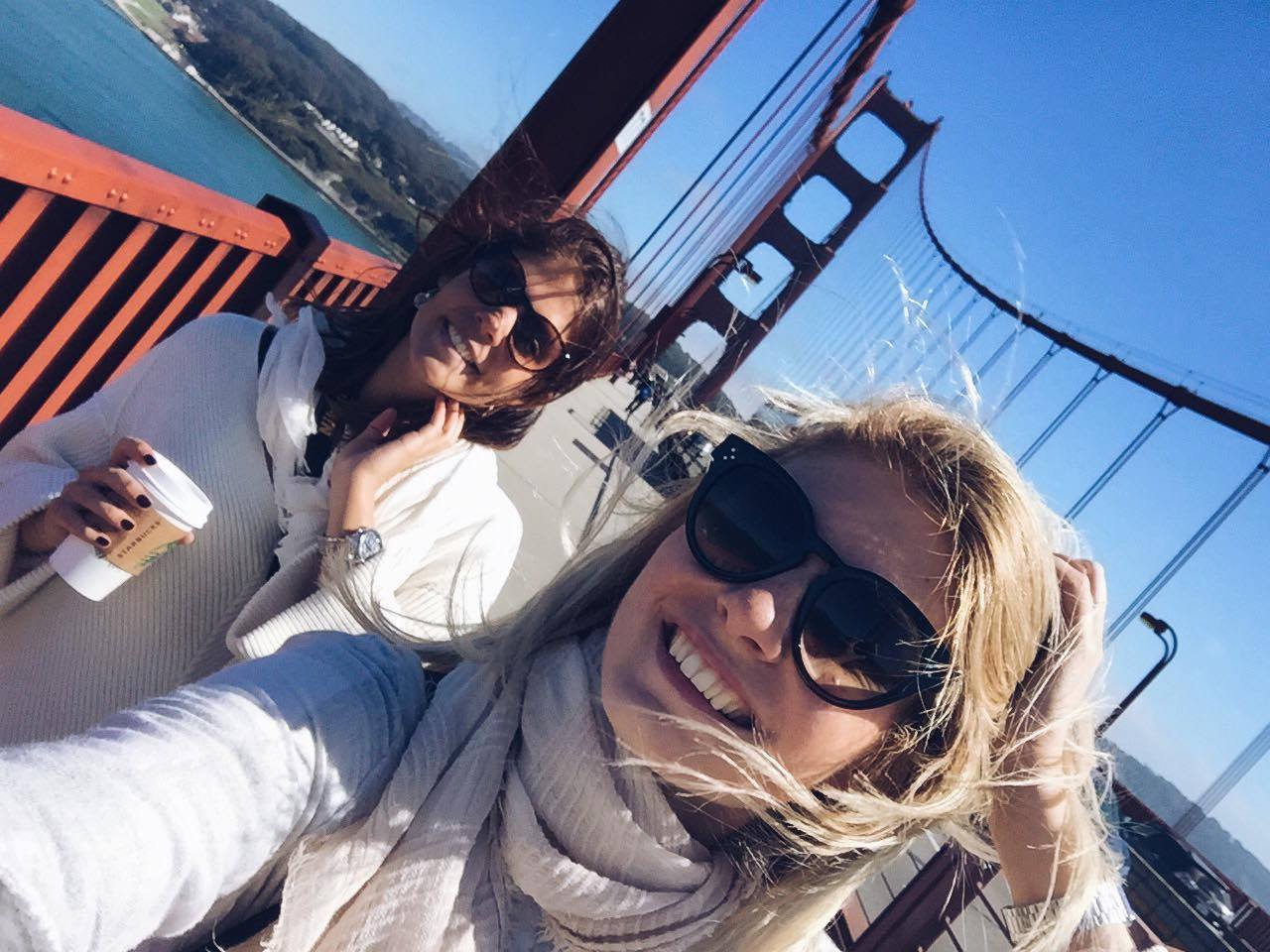 I hope you’ve enjoyed reading my travel diary! Have you been to the West Coast already? What did you like best? I would love to hear from you 🙂