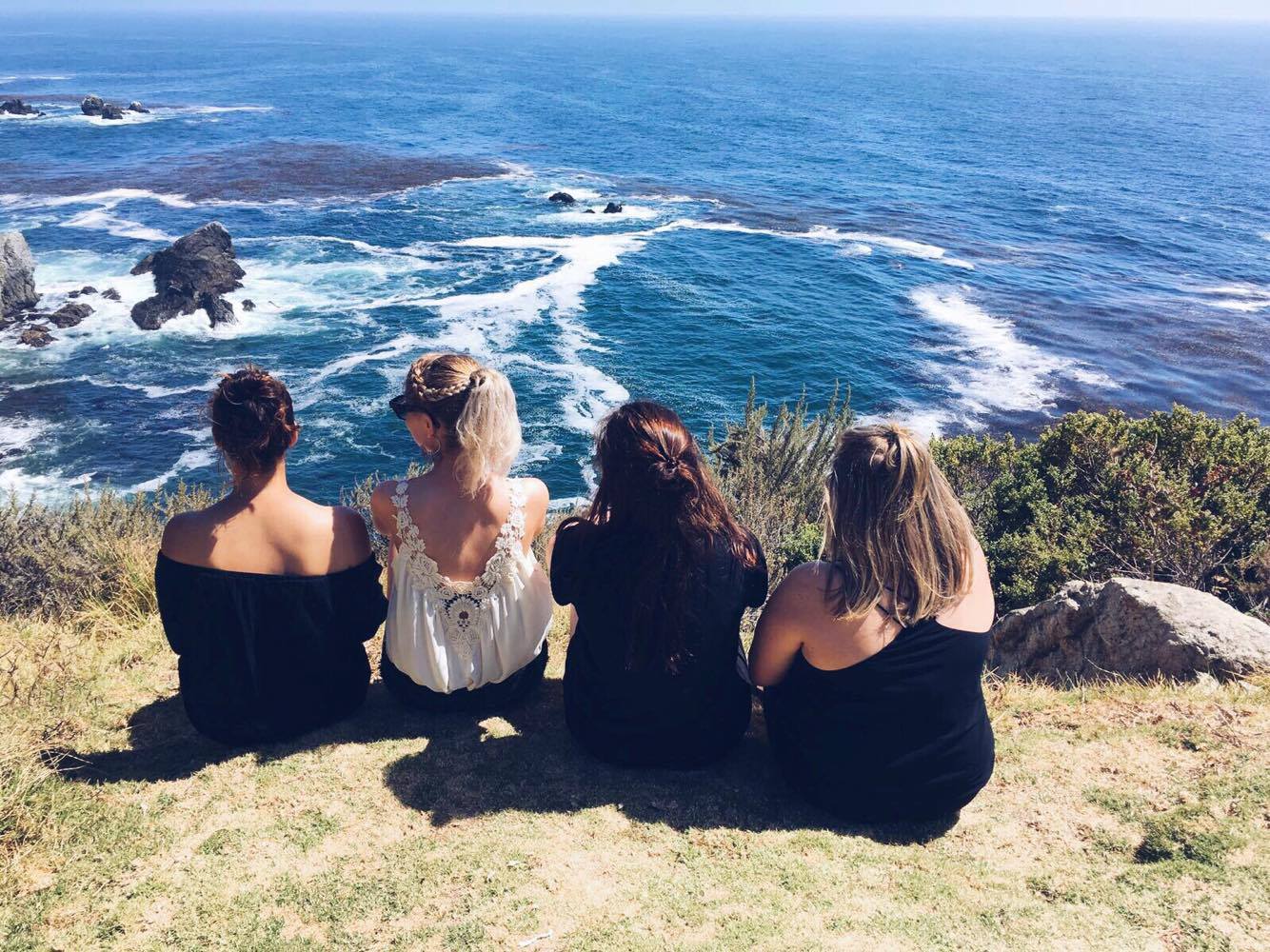 On June 28th, early in the morning, we (3 of my girlfriends and I) boarded our first flight in Luxembourg City. We flew from Luxembourg to Paris Charles de Gaulle where we took our connecting flight to San Francisco from where we started our 3 week road trip through California, Nevada and Arizona.

Arrived in San Francisco, I felt relieved that we made it without major turbulences, our luggage getting lost or having to wait for hours at the border control. Right after landing however, we got the news about the bombing at the airport in Istanbul, which freaked us out a little, standing amongst thousands of other travellers in a huge airport, looking to find our way to the rental car services. Also, before we booked the flight from Lux-Paris-SF we were considering to book the cheaper option Lux-Instanbul-SF. Due to the long waiting hours we finally decided to spend a little more money and take the faster way via Paris. It really gives you chills (more than usual and btw. how sad is it to use the word ‘usual’ in this context?!) hearing what happened on a day were you could have been there yourself if you’d gone with the cheaper flights – maybe also because the Brussels attacks happened in a Metro station not far from where I live.

Anyhow, we ended up finding the car rental wing at the airport quite easily and so we started our journey by getting our car for the next 21 days. Everything worked out perfectly… or so we thought. But let me start at the beginning (if you have already heart about our experience on my snapchat – you might want to skip to the next paragraph): We booked our car online at avis.com and chose the Large Car category (Chevrolet Suburban or similar) as we wanted to have enough space for our 4 suitcases and also we wanted to drive a big SUV when doing this road trip ;). We got our car, after we accepted a better insurance (Yes I know I know, we shouldn’t have as we’d already booked one), a red Lincoln Navigator but as the GPS didn’t work in that one we went back to the counter and got another one. Everything perfect so far, the car was everything we could have wished for! When we got back to Luxembourg however, I saw that another 1000 dollars were withdrawn from my Visa, a lot more than the amount of the insurance. So I called the customer service and they told me that we apparently accepted an upgrade upon arrival. Taking a closer look  on our bill, I saw that we indeed signed off on an upgrade. But I swear, we weren’t asked if we’d want one!!!! Believe me, I was furious! At them, but also at us because we didn’t bother to read before signing… a mistake that we won’t ever do again! Sometimes you have to learn the hard way, don’t you? 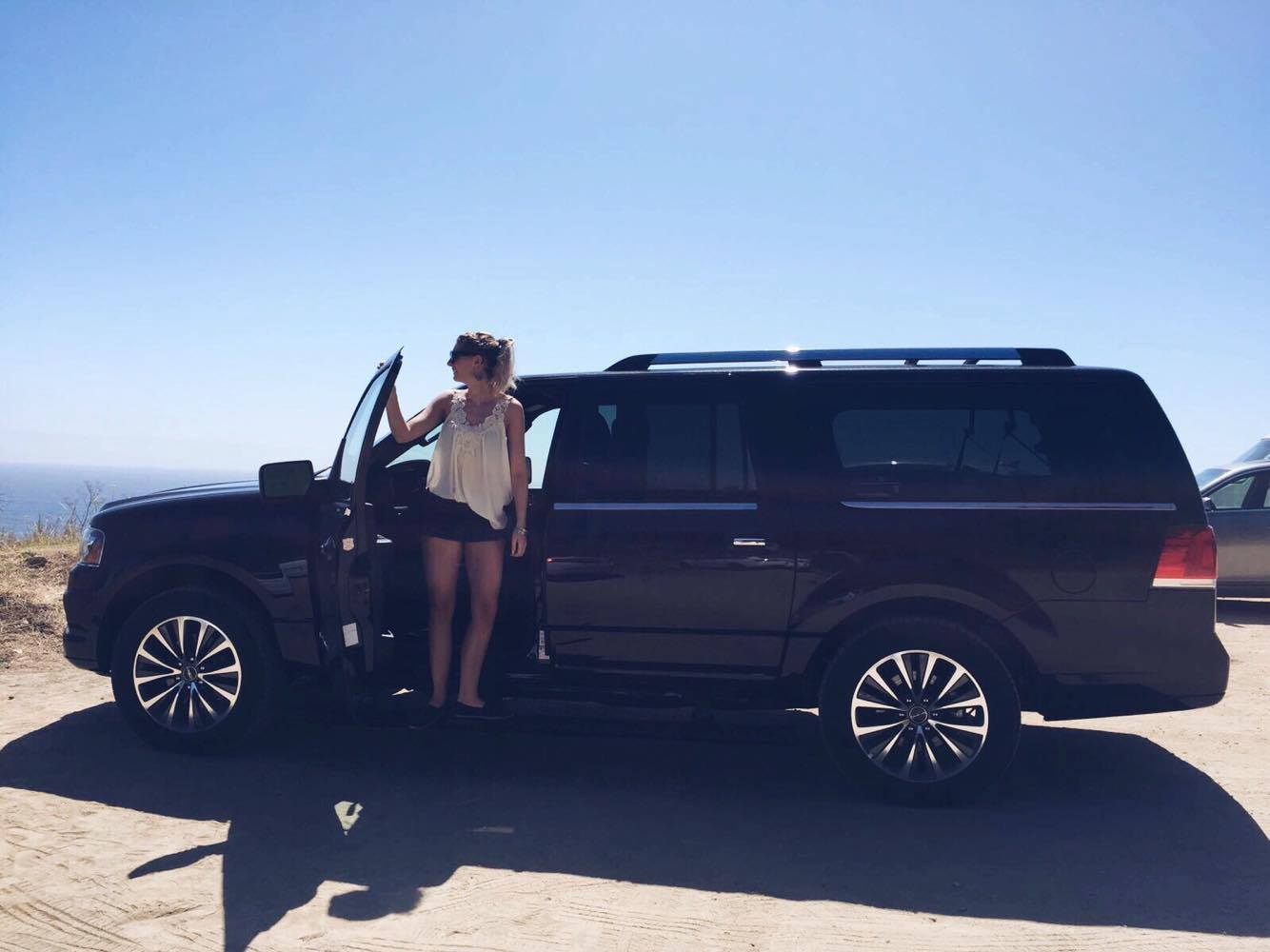 Enough about our Avis experience and back to our actual travel itinerary. We started our journey driving south for 40 minutes and staying the night at the Pigeon Point Lighthouse Hostel – a hostel on a cliff right above the Pacific Ocean. It is very basic but it was enough for a good night sleep after a long flight. That night we had dinner in Pescadero, a very small town, but I think it was the worst dinner we had in the entire 3 weeks – so not worth mentioning the name of the Restaurant. In my review, I’m just gonna tell you about the restaurants we enjoyed. 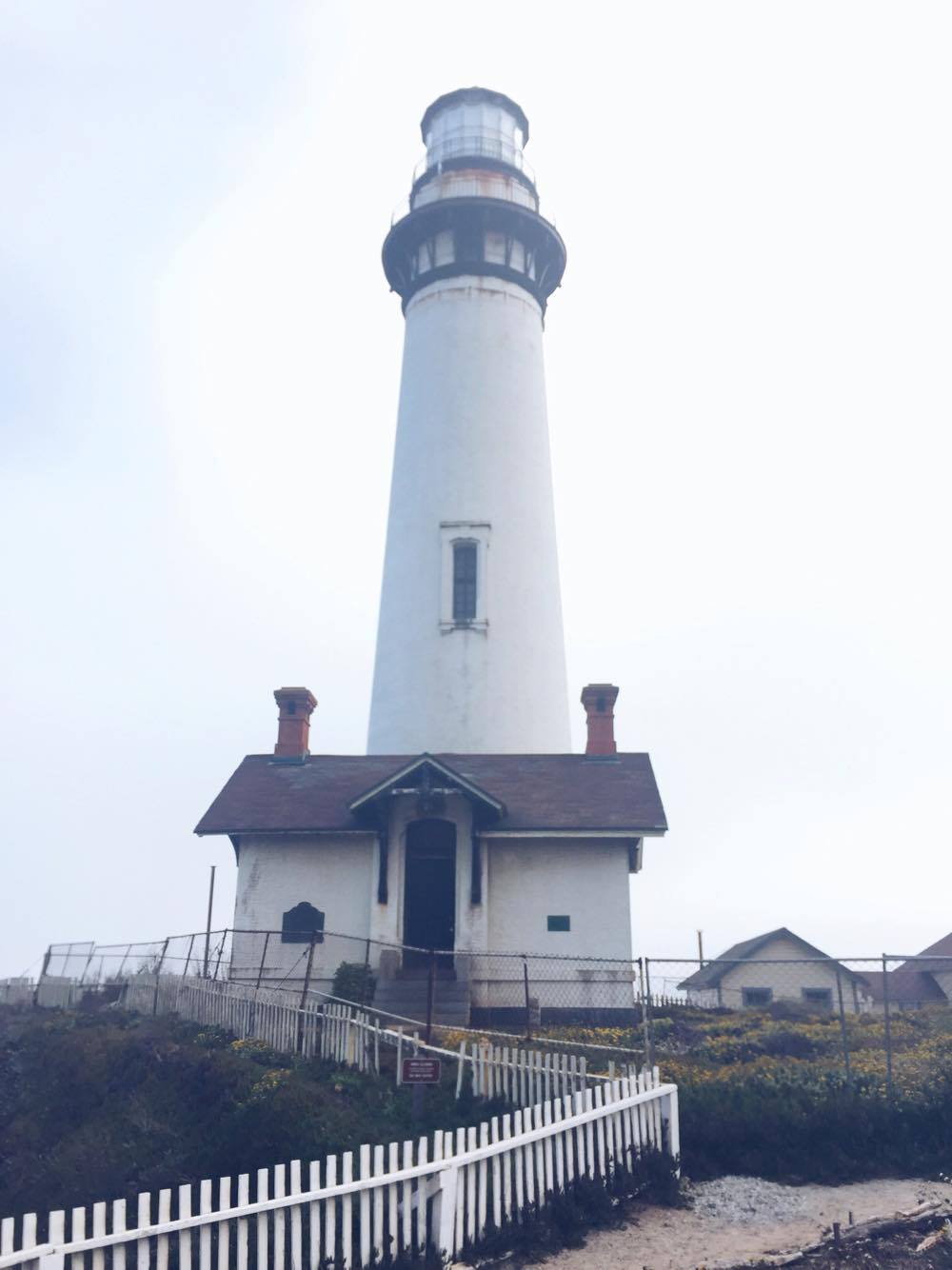 Next stop was Santa Cruz, a lovely small city with the cutest downtown area and the best known and really fun boardwalk. We stayed at the Beachview Inn – a motel that reminded me a lot of the motels in O.C California! 😀 Having spent the day walking through downtown and enjoying ourselves on the rides on the boardwalk we had dinner at Assembly to end our day. When walking by the interior was the first thing we noticed – a big open space with minimalist details, very stylish – and so we made a reservation to come back at night where we then enjoyed their delicious food and wine. 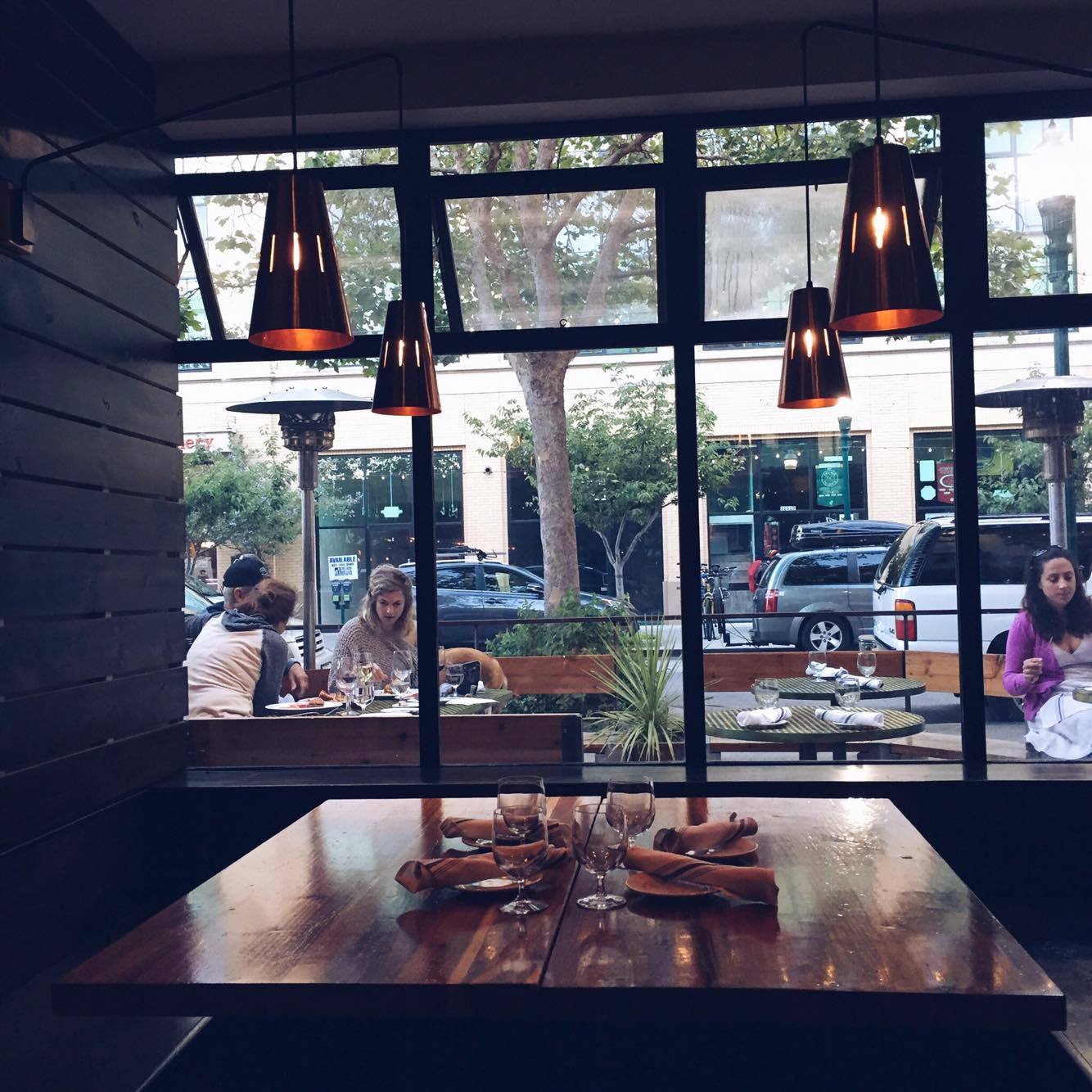 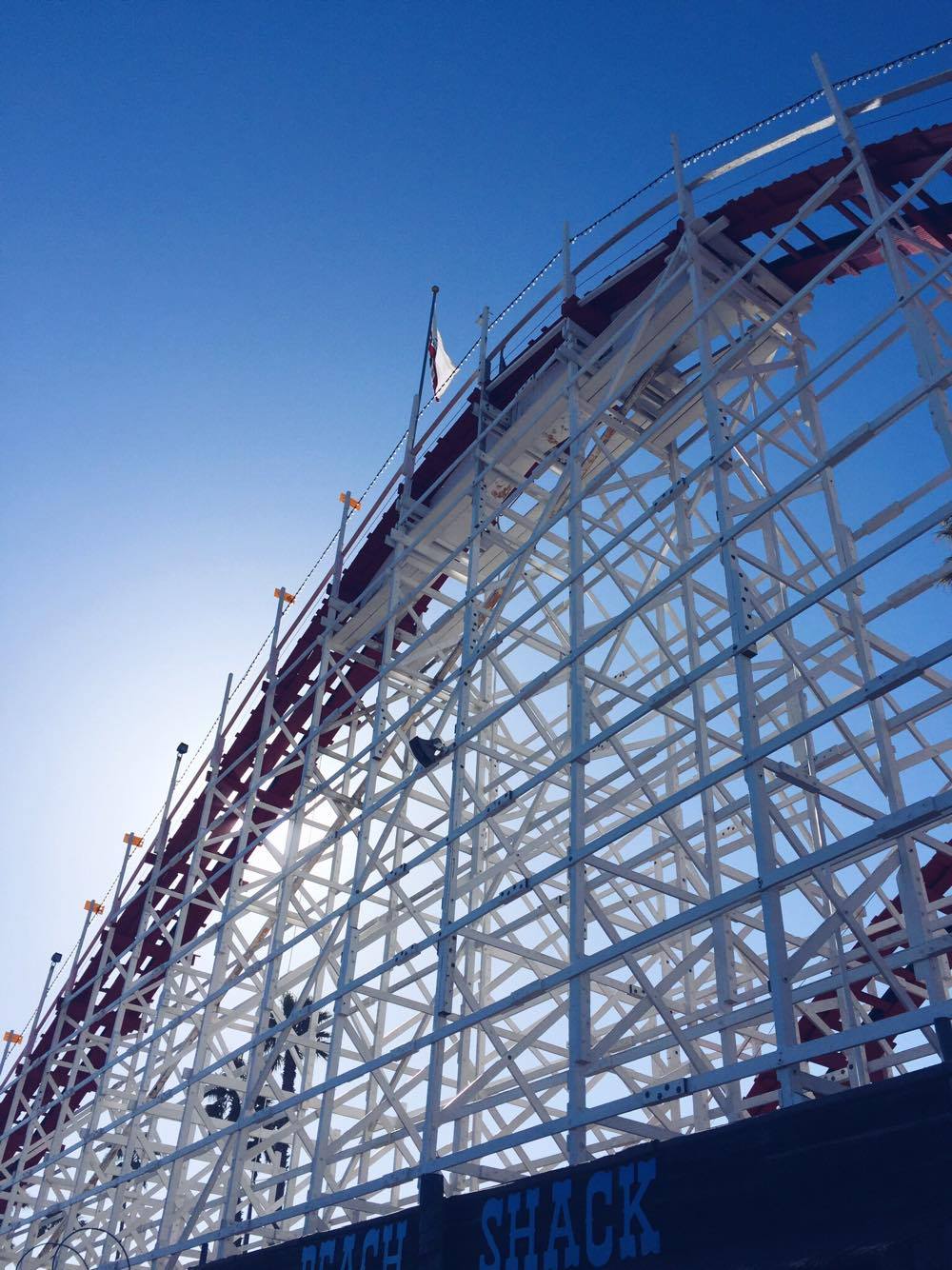 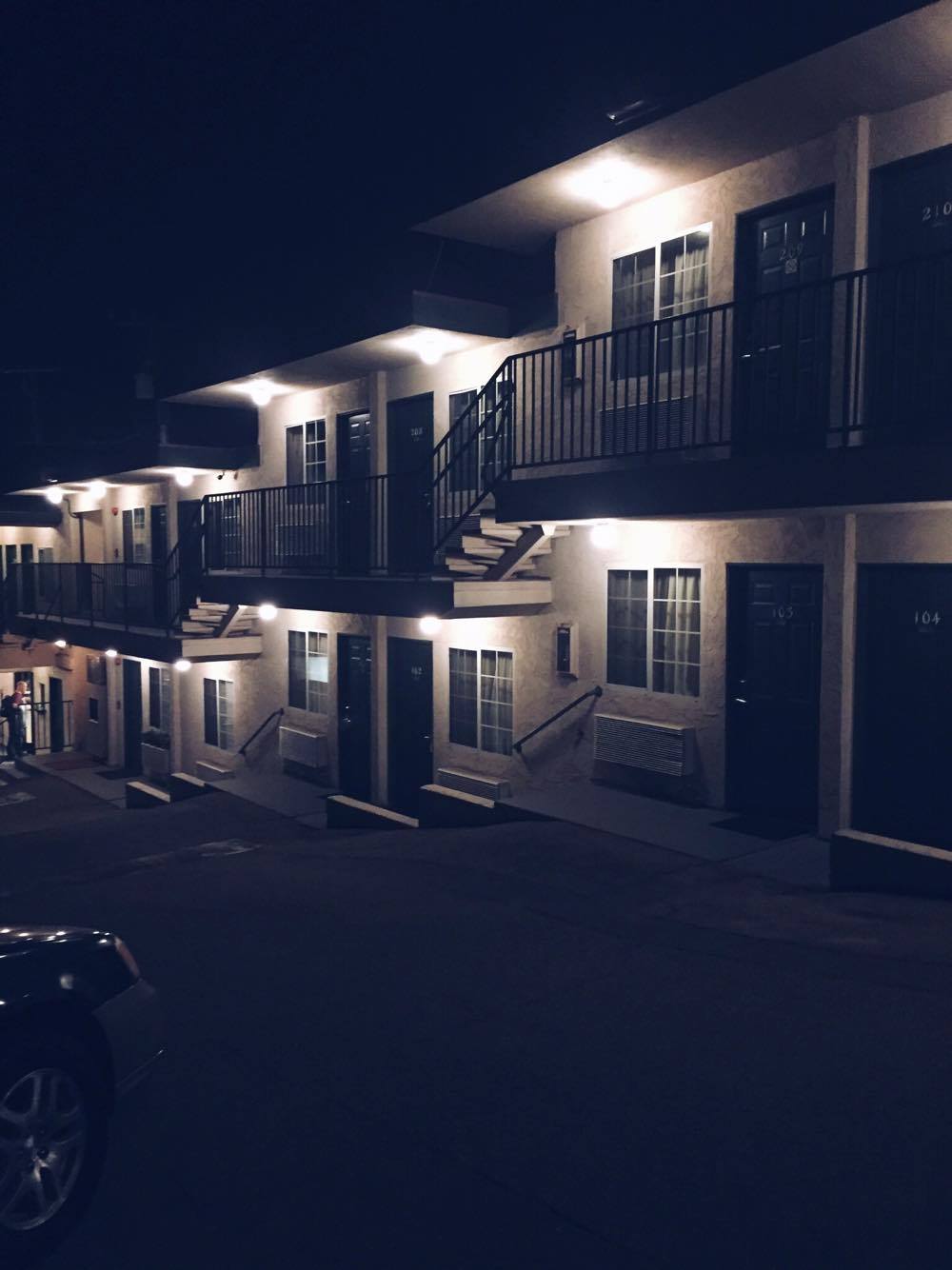 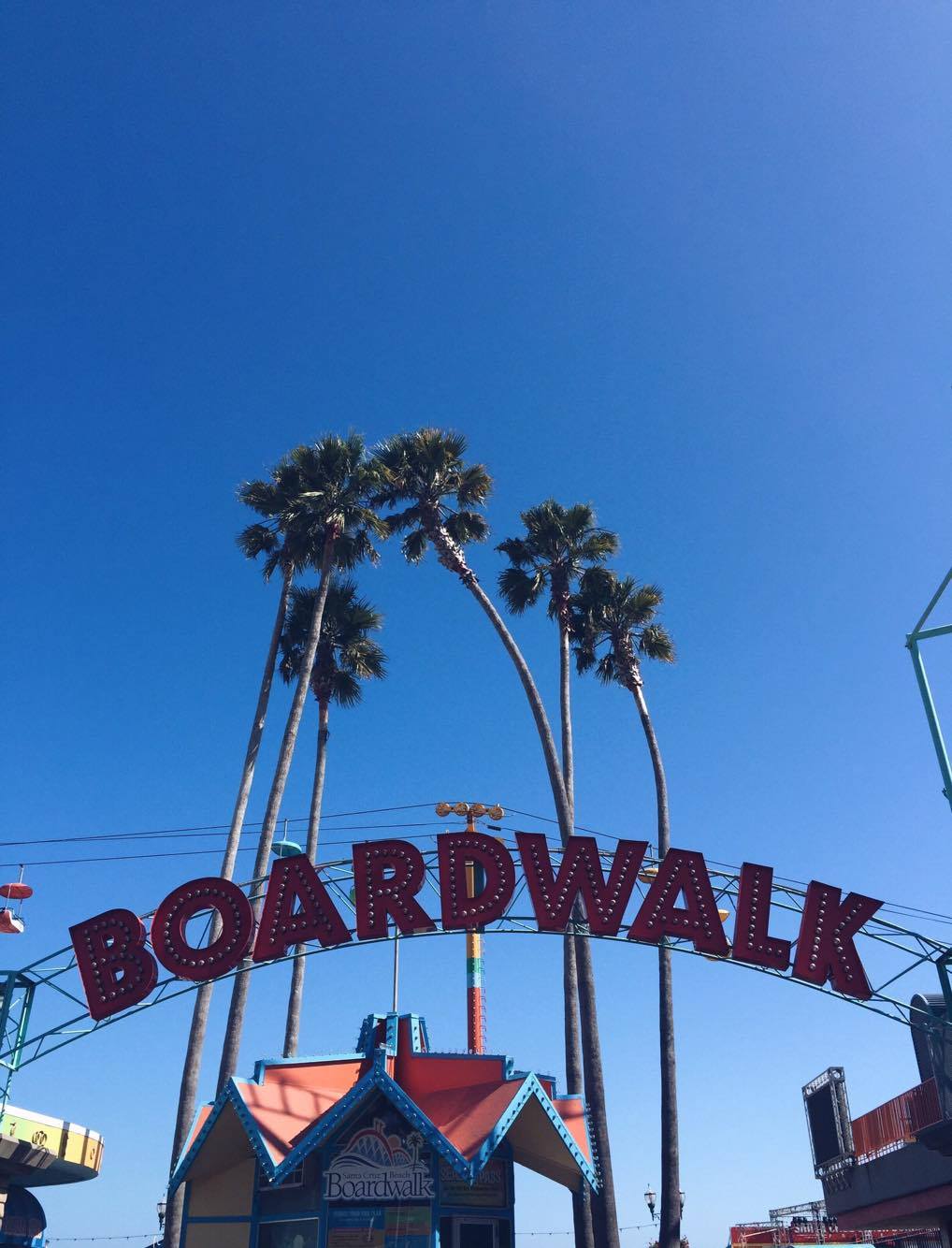 After a very very basic breakfast at the Hotel, it was time to hit the road and take the Highway 1 along the Pacific Coastline with that night, Ventura as destination. The ride is quite winding as it literally is along the Coastline but it was really worth it! The views we had that day were incredible!! If, one day, you explore the West Coast, plan enough time to take Highway 1 and don’t skip it! We stopped for lunch at the Sierra Mar Restaurant at the Ranch Inn in Big Sur, which was recommended to us by friends.I think it was the most beautiful restaurant I’ve ever eaten at! The view, the interior, the food and the wine were outstanding! It’s pricey but we decided that for once we could treat ourselves. After lunch we continued down South, enjoying some more of the views and taking lots and lots of pictures. We finally arrived – exhausted – in Ventura around 10 pm. If I were ever to do that drive again, I guess I’d take a hotel somewhere along the way – not as far south as Ventura. 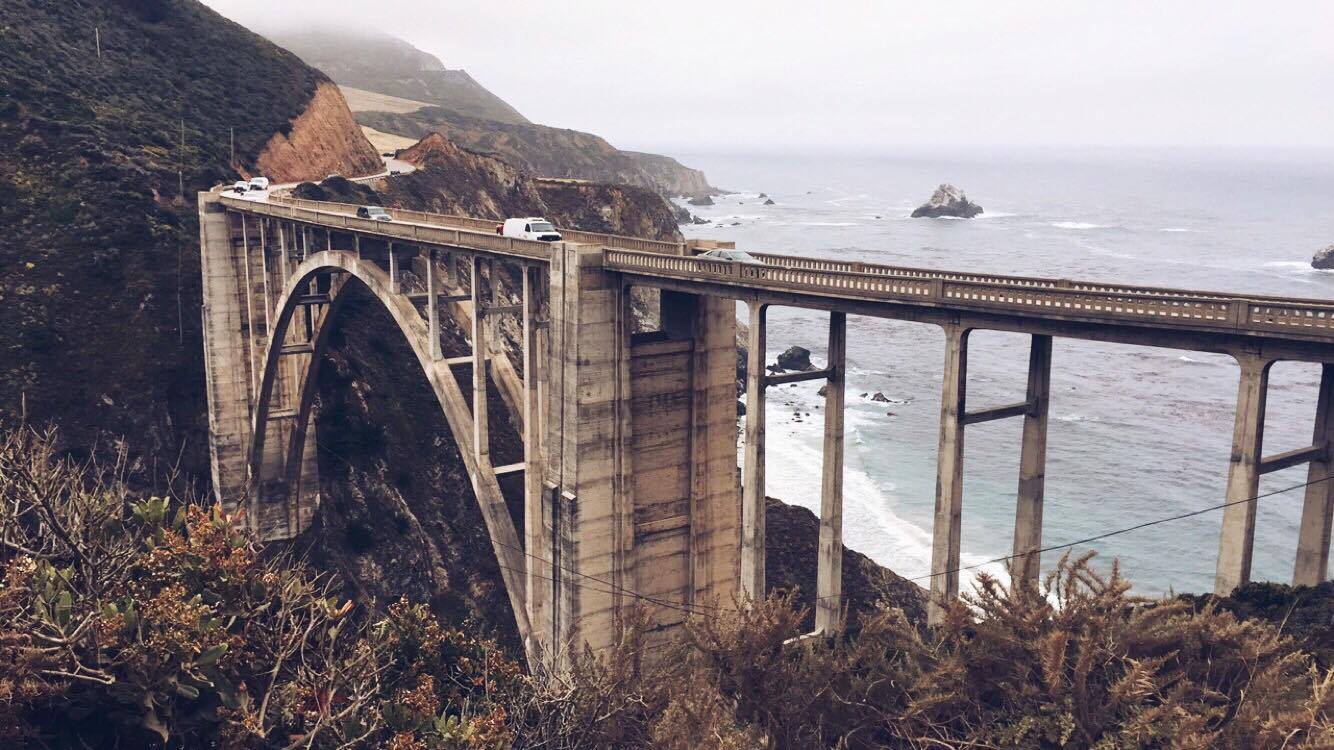 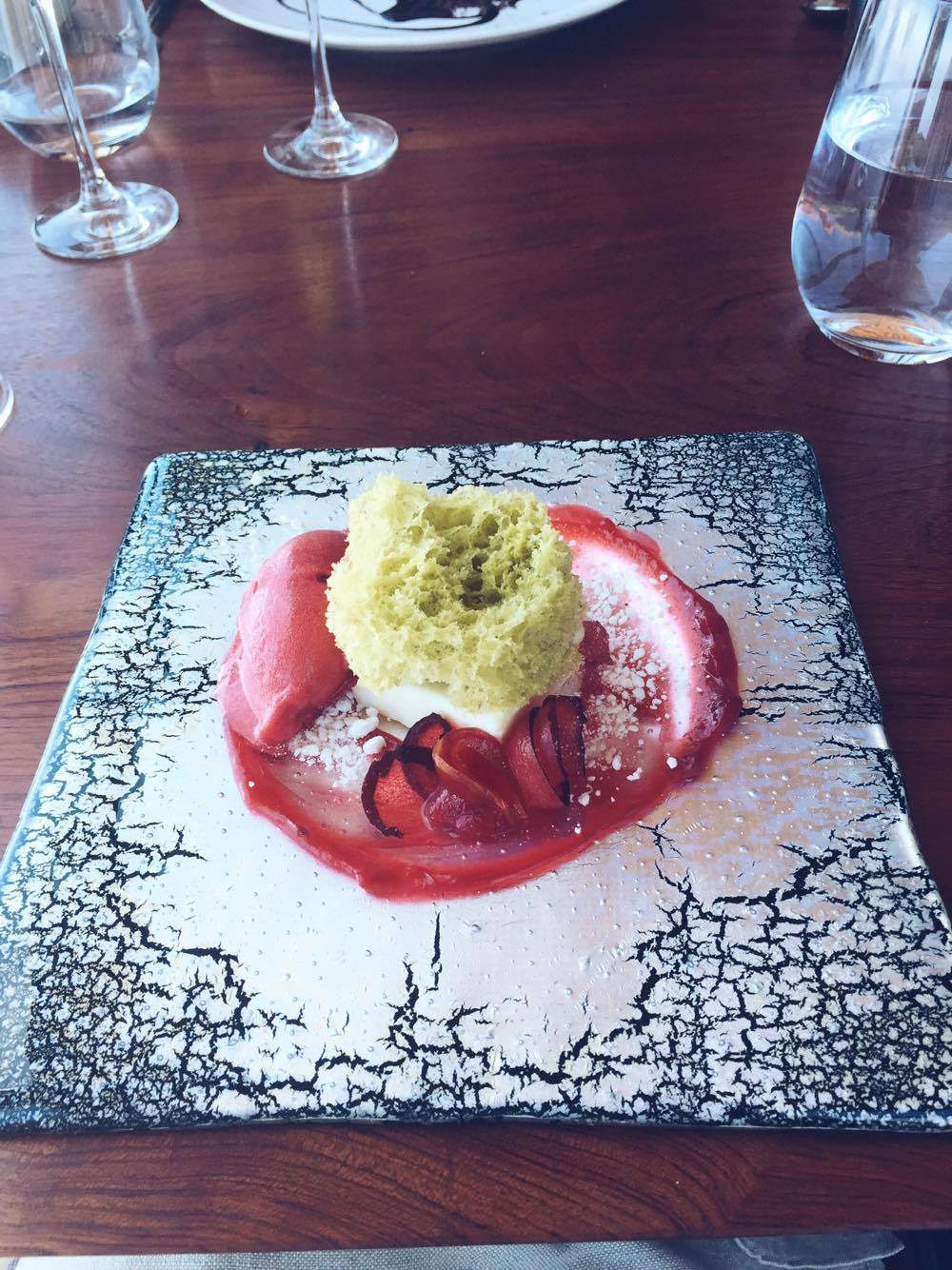 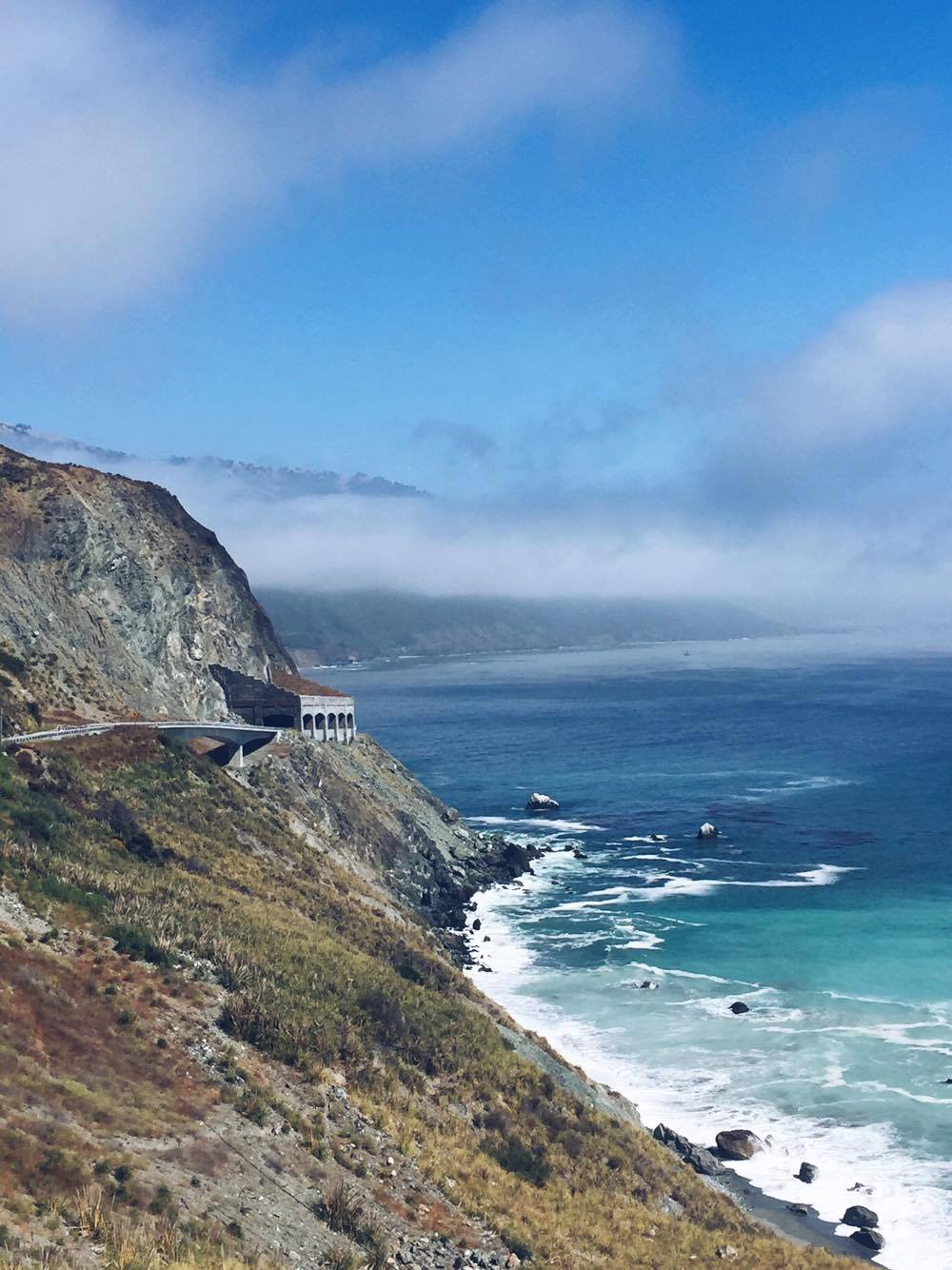 In Ventura we stayed at a very cute Air Bnb for two nights. We didn’t chose Ventura because we wanted to explore the city but for it’s location – near Santa Barbara, where we hadn’t found a cool place to stay. I loved Santa Barbara! It was exactly like I’ve imagined it. We enjoyed a sunny day, walking on the Pier and doing a little shopping before having dinner at BLUSH, which again was very California chic and served delicious food. 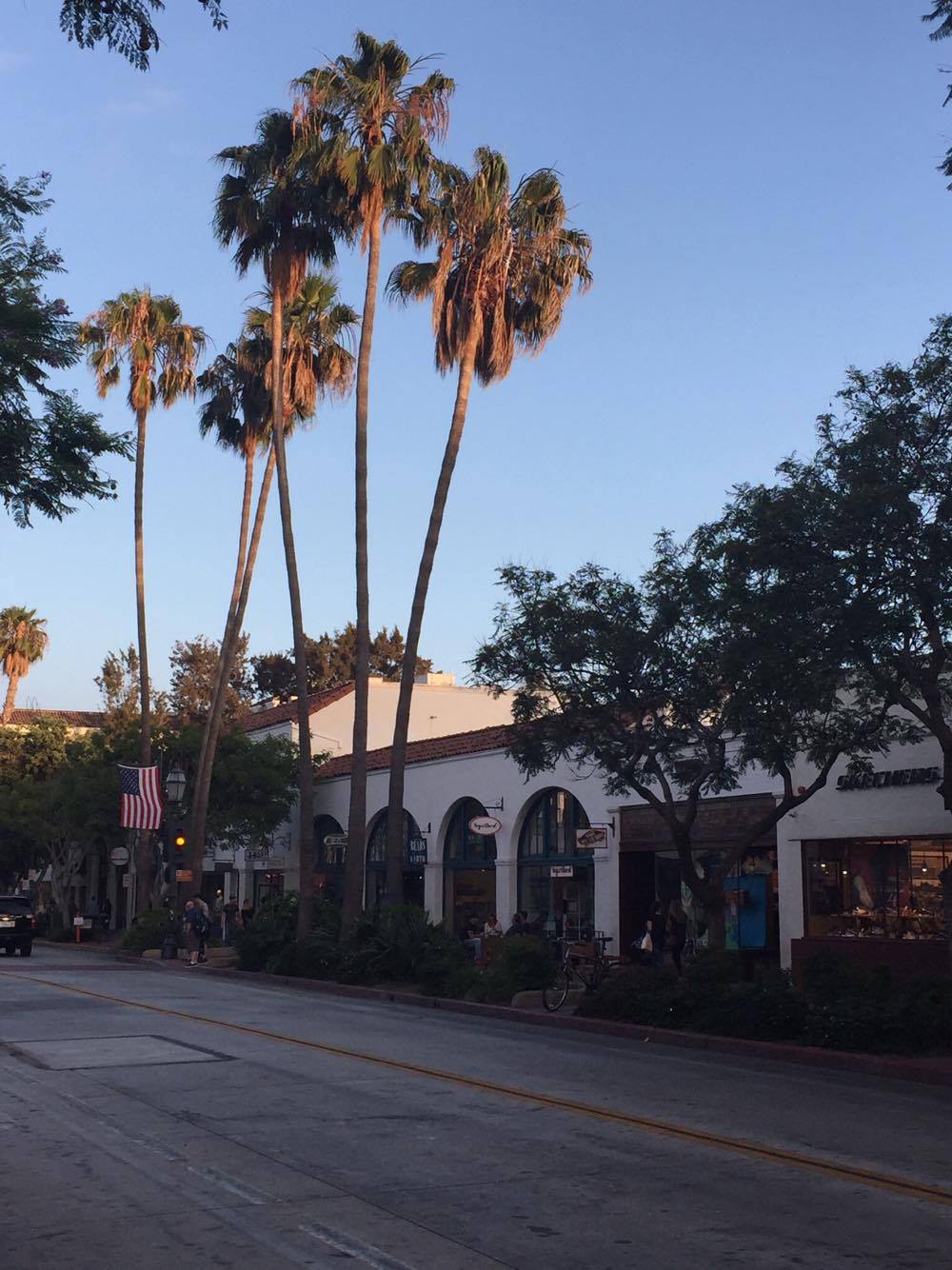 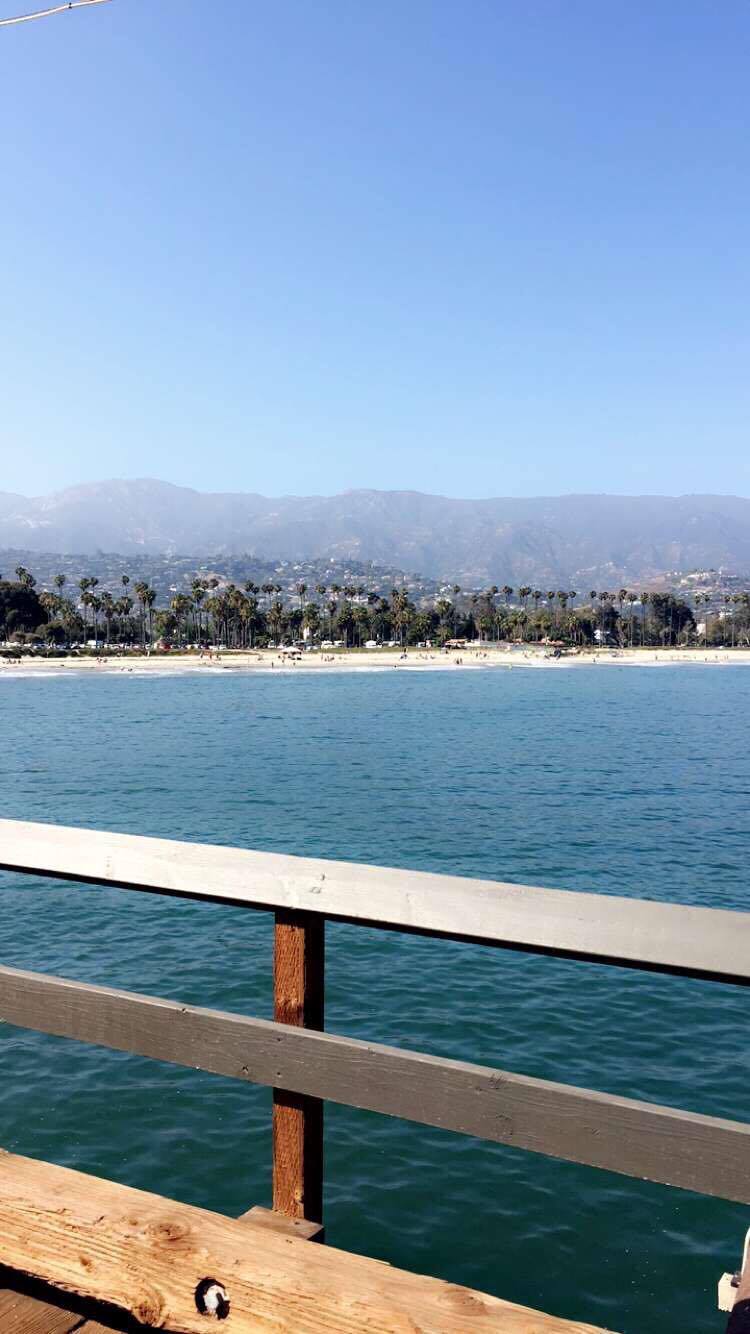 Oh I forgot to mention that I got myself an American Sim Card in Santa Cruz (for 60$ at At&t) so I often used TripAdvisor to find places to eat.

I’m gonna leave you with this, I think that’s enough text for one day. Part 2&3 will follow soon 🙂 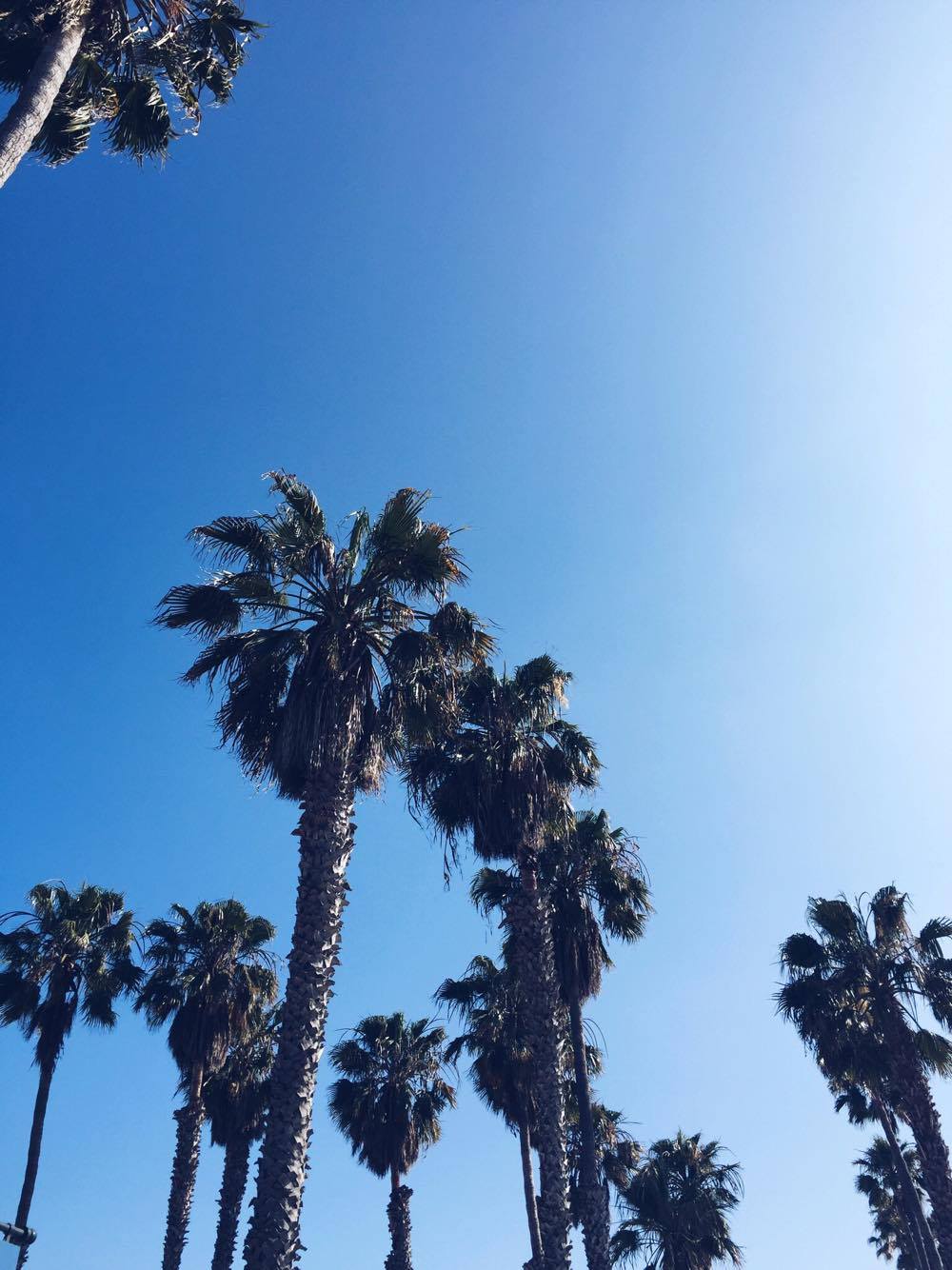